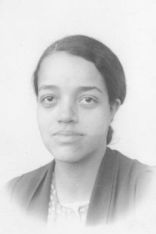 Dorothy Vaughan as a young woman

When NASA pioneers have been mentioned, Dorothy Vaughan (1910-2008) has rarely been named. But she was NASA’s first female African-American manager.

While it was already difficult enough for women to hold their ground in the male-dominated world of science and technology in the 1950s and 1960s, it was twice as difficult for women scientists of African American descent.

At NASA’s predecessor institution, the National Advisory Committee for Aeronautics (NACA), they had to work separately from their white female colleagues and were required to use separate dining and bathroom facilities. If it was already very difficult for women to climb the career ladder there, it was almost impossible for black women. Some of them succeeded anyway.

Only recently some of the women have become known to a wider public. The feature film “Hidden Figures”, based on the book with the same title by Margot Lee Shetterly, paid tribute to the black female NASA employees at the West Area Computing Unit in Langley. 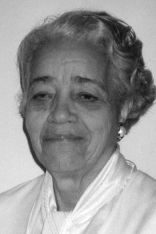 Dorothy J. Vaughan, born in Kansas City, had studied at Wilberforce University and worked as a mathematics teacher at a school in Farmville. In 1943, she came to the West Area Computing Unit at the Langley Memorial Aeronautical Laboratory, which exclusively consisted of African-American women mathematicians. These women were called “computers” and worked as human calculating machines.

In 1949, Dorothy Vaughan was promoted to lead the group, making her the NACA’s first black supervisor and one of the NACA’s few female supervisors. She was also the supervisor of Katherine Johnson and Mary Jackson , with whom she came to fame, many years later, in the film “Hidden Figures”.

In 1958, when the NACA made the transition to NASA, racial segregation in the offices was tacitly abolished. Vaughan and many of her colleagues joined the new Analysis and Computation Division (ACD), a group that did pioneering work in the field of electronic data computing. Vaughan, a mother of six, became an expert FORTRAN programmer, contributed to the Scout Launch Vehicle Program and indirectly performed important preparatory work for the moon landing. In 1971, she retired from NASA.

Today, NASA is praising Vaughan’s commitment: “She persevered to serve her country when many would hold her back because of her race.” After her retirement, when asked how she had managed to cope with the permanent discrimination on grounds of race and gender in the workplace, she only said: “I changed what I could, and what I couldn’t, I endured.”