The invention of the coffee filters

110 years ago, a utility model was registered at the Kaiserliches Patentamt (Imperial Patent Office) in Berlin, which is important in several respects: Firstly, the applicant was one of the first women to have her own invention personally protected. On the other hand, this invention was extremely successful and is still present in practically every household.

Melitta Bentz (1873-1950), a housewife from Dresden, registered her new coffee filter with the patent office on 20 June 1908. Until then, coffee was usually brewed by pouring fine coffee powder into hot water and waiting for the powder to settle at the bottom of the pot. Or one sifted the mixture. But this rarely resulted in clean coffee, because the holes in the sieve were usually either too small and clogged or too large and the set floated mostly back into the cup. After this procedure, the coffee was often only lukewarm. And the coffee grounds caused an unpleasant aftertaste. 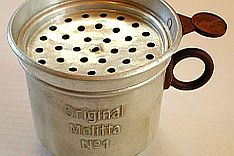 A mother of three children, Melitta Bentz, experimented in her kitchen with a perforated brass cup. In search of a suitable filter, she ended up with blotting paper from her son's exercise book. This was a revolution in coffee making.

She recognized the commercial potential of her invention early on. She soon took the first steps towards marketing the new filter and registered it as a utility model: "Coffee filter with a domed underside, recessed bottom and inclined flow holes". The industrial property right was granted upon registration on July 8, 1908 on page 1145 of the patent gazettes of the Imperial Patent Office in Berlin.

This utility model became the basis of an entrepreneurial success story. Only a short time later, on December 15, 1908, the newly founded company for the marketing of Melitta coffee filters was entered in the commercial register. This company (with a starting capital of 72 Reichspfennig) was initially based in a room in the Dresden apartment of the Bentz family. 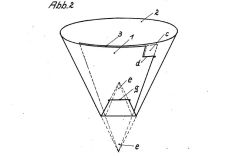 Melitta Bentz and her husband Hugo initially had 100 cartons of filter paper and 50 filters made. Then they started to visit the shops and present their invention. In 1909 the filters were presented at the Leipzig Trade Fair and proved to be a success with more than 1,200 units sold.

The couple expanded their small company and constantly improved their products. But the First World War threw them back: the import of coffee came to a standstill, paper became scarce, Melitta's husband and son had to go to the front. Melitta guided her small company through the years of war and the turbulent post-war period.

In 1923 her eldest son Willy became co-owner and spurred sales. The upswing of the company began. The paper filters were patented in the 1930s in the form that is still typical today. Soon the space became too scarce; the company moved to Minden, where it is still based today. The family business now produces 50 million coffee filters every day, because despite tabs and capsules, the classic filter coffee continues to enjoy great popularity.