The designer of the century

50 years ago, on January 10, 1971, the world's most influential fashion designer died in Paris: Gabrielle "Coco" Chanel. Her life story is as exciting as her professional success is breathtaking. In the "Time" magazine list of the 100 most influential people of the 20th century, she is the only designer represented. The company she founded is now one of the largest in the fashion industry, with sales in the billions. 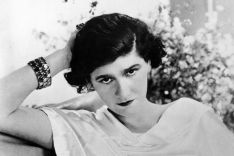 Gabrielle Chanel, who was born on August 19, 1883 in Saumur on the Loire, had no easy start into life. Born in poor circumstances as an illegitimate child, her father gave her to a Catholic orphanage at the age of 12 after the death of her mother. She was never to see him again. She learned to sew with the nuns so that she could later make a living as a seamstress. Occasionally she appeared as a singer in cafés, where she is said to have preferred performing the songs "Ko-Ko-Ri-Ko" and "Qui qu'a vu Coco", to which she owes her nickname.

There the attractive dressmaker met the "right" man - a rich baron - and rose to the "better" social circles. In 1910, a loan from a rich lover enabled her to open a hat atelier in Paris on Rue Cambon. 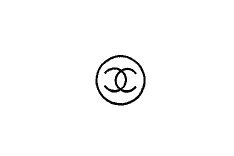 Three years later, the "Chanel Modes" boutique followed in Deauville, and a little later a branch in Biarritz. With her designs, which were almost revolutionary at the time, she hit the nerve of the time: she freed women from the corsetted silhouette, offering them airy, wide-cut, straight fashion of simple elegance in sometimes unusual fabrics. She herself is her best model, because she only designs clothes that she herself wants to wear. Her rise to become France's leading fashion designer takes its course. Film stars wear her designs, she gets to know the influential minds of her time. The company logo with her intertwined initials becomes one of the most famous brands in fashion (e.g. IR324129, IR422481).

Although the young Coco Chanel is known more for comparatively simple designs without much ornamentation, she applies for a patent for the production of artificial flowers in 1926 (

The most famous perfume in the world 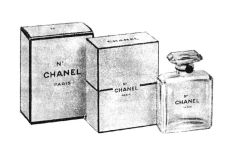 In 1921, she commissions perfumer Ernest Beaux to develop a new fragrance for her. He presents several proposals for her to choose from, and she decides on the fifth bottle. It contained an unusual fragrance that did not smell of a particular flower, as was customary at the time, but was more "abstract" and for the first time also contained artificial aromas. The flacon, which is now considered a design icon, is just as modern, with its angular simplicity standing out from the ornate vials that were common at the time. "Chanel No. 5" is still said to be the best-selling women's fragrance in the world today, 100 years later (protected as DE395279062 among others).

A kind of spy hriller 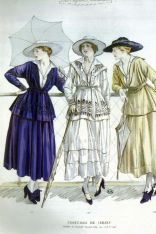 After years of enormous professional and social success, a darker phase in Chanel's life begins, which sounds like an agent thriller. Her new lover becomes Baron Hans Günther von Dincklage, who works first as a German spy, then for the Nazi occupation forces in France.

At the outbreak of war, Chanel closes her business completely. She then becomes entangled in actions that later earn her accusations of collaboration or even spying for the Nazis. These allegedly filed her as agent "F-7124" with the code name "Westminster". She was allegedly involved in a failed operation in 1943, code-named "Modellhut (Model Hat)," in which she was supposed to establish contact between Winston Churchill (whom she knew well personally) and the SS to begin secret negotiations for a separate peace between Hitler and Britain. 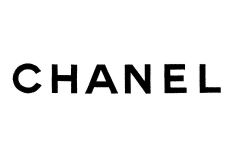 At the end of the war, Coco Chanel is briefly arrested. She then lives with Dincklage in Switzerland for years. It is not until 1954 that she returns to Paris. And then she manages an incredible comeback: after years of abstinence from the short-lived fashion scene, at over 70 years of age she once again manages to become one of the defining figures of the industry. Above all, the pared-down "Little Black Dress" of 1957, suitable for any occasion, cemented her regained world fame, as did her distinctive costumes (made of tweed, for example).

Coco, whose life was filmed several times and was the subject of several books, remained active as a fashion designer until the end. Her last collection is presented shortly after her death. But Chanel lives on. After a creative dry spell in the 1970s, when the brand was considered more of a label for rich old ladies, Karl Lagerfeld's designs then brought Chanel back to the forefront of haute couture.

Everything that is good and expensive 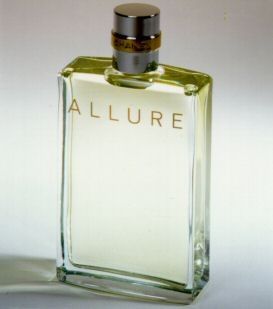 Today, the company, still owned by the family that had become Coco's business partners in 1924, produces a wealth of coveted products such as clothing, jewelry, watches and perfumes, and has protected itself over the years with numerous trademarks, as well as patents (see, for example,

Coco had already secured her nickname as a word mark in 1954 (IR175733), and in 2015 her company also registered her full name "Gabrielle Chanel" as a trademark (IR1281856). Chanel's most recent patent applications include perfumes ("Aqueous perfumes,"

US20200197290A1) or programs for computer simulation of makeup ("Method for simulating realistic rendering of makeup product,"