He boldly went where no man had gone before: Captain Kirk of the starship „Enterprise". He turned 90 and finally really flew into space in 2021. No, not the captain, who, according to "Star Trek" mythology, will not be born until 2233. The jubilarian was the actor William Shatner, born on 22 March 1931 in Montreal, Canada.

Shatner was a reasonably successful film and theatre actor when he was offered the role of his life in the mid-1960s. As "James Tiberius Kirk", he piloted the "Enterprise" (trademarked in Germany under 2089430) through „space: the final frontier“ for three seasons from 1966 to 1969.

At first, this TV series (originally called "Star Trek", DE trademark 1072286, also DD653891) was not very successful at all and was finally discontinued due to insufficient ratings. It was only after the successful Apollo mission with the moon landing in 1969 that the series slowly began to become globally popular thanks to numerous reruns. 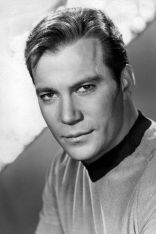 Shatner did not profit from this at first. After the end of the series, he allegedly lived in his pick-up truck for a time in the early 1970s. But when "Enterprise" became a worldwide success, Captain Kirk returned - to the big screen. Between 1979 and 1994, seven "Star Trek" films were released, always starring Shatner alongside "Mr. Spock" (1016188) Leonard Nimoy, and partly directed by him.

"Star Trek" became a pop-cultural phenomenon that can only be compared to "Star Wars" in its global popularity (with some pronounced rivalry among fans!). However, the "Star Trek" universe is (still) more extensive in terms of content - thanks to ten television series with numerous seasons and a total of 13 cinema films to date.

Not only technically ahead of its time 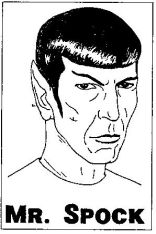 The original "Star Trek" series was ahead of its time in many respects: For one thing, in terms of the visionary technology, which will be discussed later. But the sociological component of the series was also outstandingly progressive. Barely 20 years after the end of the Second World War, in the middle of the Cold War, in the time of the struggle for civil rights and against racial segregation in the USA, a remarkably colourful bunch sat on the command bridge of the "Enterprise": a Japanese (Mr. Sulu), a Russian (Chekov), a half-alien (Spock) - and a black woman.

"Lieutenant Uhura" was one of the first major African-American roles on US television that went beyond the usual stereotype casting of the time. Actress Nichelle Nichols, who nevertheless did not like her role at first, is said to have been personally persuaded to stay on by legendary civil rights activist Martin Luther King - her role was the first to show a black woman on equal footing with whites on television.

It's hard to imagine today, but when Shatner and Nichols kissed in an episode in 1968, it caused a scandal. Some Southern stations refused to broadcast this episode with the first "black and white" TV kiss. Nichols, by the way, later became a successful recruiting figurehead for NASA. 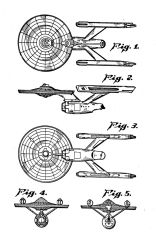 The basic premise of all Enterprise adventures, as visionary as it is sympathetic, is that humanity has overcome its internal problems and disputes. Earth seems to be a united fatherland, equality and brotherhood reign on the blue planet; conflicts only lurk in the infinite expanses of space that are now being explored. And, of course, humanity has experienced a surge in technological development that makes long-distance space travel possible in the first place.

"Star Trek" is full of inventions, some of which are state of the art today, while others will probably remain fictional forever. The handy "communicators" of the Enterprise crew, for example, are now owned by everyone - in the form of mobile phones. Automatic doors, voice-controlled computers, portable computers or computer tomography are also standard today. Universal translation devices suitable for everyday use are in sight. 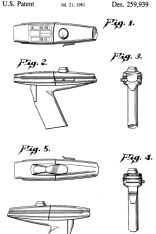 The situation is more difficult with warp drive: This faster-than-light locomotion seems to come about by pushing and pulling space-time, as it were. It may not contradict the laws of physics (cf. e.g.

DE102015016039A1), , but the practical implementation is likely to be difficult, among other things because of the energy required. „Beaming", i.e. the teleportation of living beings, is also likely to remain fiction for the time being, just like the "Heisenberg compensator", "photon torpedoes", "holodecks" or laser pistols. But at least the famous Kirk saying "Beam me up Scotty" is trademarked (EM008272916).

One can find the imaginative use of technology and physics in "Star Trek" visionary or silly. Physicist Stephen Hawking is said to have praised the series for expanding the human imagination. Science fiction author Stanislaw Lem, on the other hand, allegedly thought the series was teeming with nonsense, but that the universe was so big that any stupidity could find a place in it. In any case, the role of technology in "Star Trek" has been the subject of much discussion for decades, which is reflected in an abundance of publications of all sizes and also in patent literature (e.g. 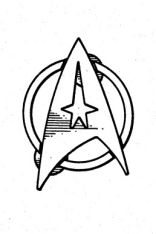 Complicated questions of technology, but also of intellectual property, can be discussed excellently using examples from the Star Trek cosmos. For example, whether the creative droid named DATA (from "The Next Generation", 1139203) should be allowed to apply for patents for his inventions: Should AI-generated inventions be protectable? This is a question that will also be discussed at this year's DPMA User Forum. The "Trekkies" often raise such exciting theoretical questions at their numerous worldwide meetings. Another is: If I invented a time machine - when should I apply for a patent for it? 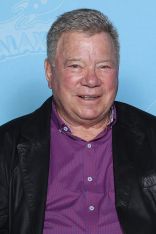 William Shatner 2020 at GalaxyCon in Richmond

After his last incarnation as Captain Kirk in 1994, William Shatner unleashed all his creativity: He wrote a whole series of science fiction novels ("Tek Wars") including the scripts for their film adaptations and wrote his own Star Trek stories (starring Captain Kirk, of course).

As an actor, he has appeared successfully in other series and feature films (including "Boston Legal", "Miss Undercover"), produced and directed. He records albums, for example "Seeking Major Tom" with cover versions of songs on space themes. He also breeds horses and Dobermans and is committed to protecting the oceans. NASA honoured Shatner with the Distinguished Public Service Medal in 2014.