The muscle-packed boy from Styria, or: The Terminator and the brands

Arnold Schwarzenegger is 75 years old. He can look back on a fairytale life story, a story of the rise of an ambitious lad from the Styrian province to a world star. Few people embody the proverbial "American dream" like he does: You acchieve do anything if you just believe in it and work hard for it! Schwarzenegger has acchieved it all, everything. Only he did not become President of the United States (because US electoral law does not allow it).

Schwarzenegger was born on 30 July 1947 in Thal, not far from Graz. A museum is dedicated to him there today. The Styrian governor planted an oak tree in his honour at his official residence on his birthday - "The Austrian Oak" is one of his nicknames in the USA. The young Styrian once modelled his body into an "oak" himself by pursuing a fringe sport that was still completely exotic at the time: Bodybuilding. At his best, "Arnie" had a chest circumference of 145 centimetres (waist: 86 centimetres!) and an arm circumference of more than half a metre.

He first started out as a weightlifter in Graz, but then his muscle-building training took the trained merchant first to Munich, where he first practised professional bodybuilding, then to London and finally to the USA. There he took the scene by storm and from the end of the 1960s established himself as the world's most successful bodybuilder - he became "Mister Universe" five times, "Mister Olympia" seven times.

From "refugee" to millionaire 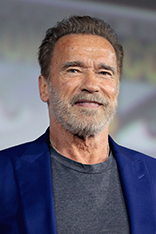 "There is a photo of my arrival in Los Angeles in 1968. I'm 21 years old, wearing rumpled brown trousers, clunky shoes and a cheap shirt. I have a worn plastic bag with a few things in my hand and am waiting at baggage claim for my sports bag, which contains the rest of my belongings. I look like a refugee, I only know a few sentences of English and I have no money - but there is a big grin on my face," Schwarzenegger later wrote in his autobiography.

It is this spirit, his optimism and irrepressible will, that has enabled him to almost single-handedly boost the fitness boom in the USA. Fitness studios owe it in no small part to Schwarzenegger's transformation from muscle man to Hollywood star, entrepreneur and politician that they have become quite socially acceptable. Bodyshaping and physical fitness have long been indispensable (not only) in the USA for anyone wants to make it far. 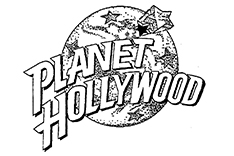 Schwarzenegger profited considerably from the boom, which he himself had helped to push. With a lot of economic instinct, he is said to have earned millions after only a few years with guidebooks, fitness products and sports nutrition. Trademarks such as the "Original Arnold Schwarzenegger Protein" (DE 1010613, cancelled in 2009) also bear witness to his sense of the importance of IP rights. Of course, his name is protected as a trademark ((EM 006986178, 013727698; also the now cancelled DE 2900310). This and also the word-picture mark DE 2047849 which has also been cancelled, belonged to his company Fitness Publications, Inc.

Schwarzenegger had already made his first attempts in the film business in 1969 ("Hercules in New York", under the pseudonym Arnold Strong). But it was only after his career as a bodybuilder ended that he really took off in the 1980s and became the biggest action star of his time. His most famous role (not least thanks to the many sequels) is the "Terminator". James Cameron's dystopian thriller about a killer robot sent back from the future is part of pop culture's common property. 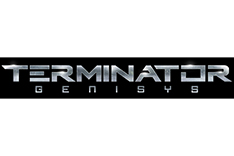 An Austrian eyewear dealer also registered the famous film quote "I'll be back" as a trademark (018119978).

When Schwarzenegger (temporarily) gave up his film career to become Governor of California, he was given the nickname "Gouvernator". This word was also registered as a trademark (for food; DE 303520566; cancelled).

For the good cause

As "Gouvernator" of one of the world's largest economies until 2011, Schwarzenegger had a rather mixed record. But he uses his popularity - long since also as a Social Media professional - for good causes such as climate ("Schwarzenegger Climate Initiative") and environmental protection. At the University of Southern California, the "Schwarzenegger Institute for State and Foreign Politics" is named after him, where he also lectures. Although a Republican, he positioned himself against Donald Trump early on and vehemently stood up for American democracy after the Capitol mob attack in January 2021. Most recently, he also drew attention to himself with a very personal and touching

video message to the Russian people to open their eyes about the war of aggression on Ukraine.

He continues to be successful as an entrepreneur (he had studied business administration alongside his sports career) and markets, for example, his worldwide fitness fairs "Arnold Schwarzenegger Classics" (003947603). He is also a partner in the "Planet Hollywood" restaurant chain. Several serious heart operations in recent years could not bring down the "Styrian oak". Happy birthday, Arnie!