The Force and the Merchandise: IP rights around "Star Wars"

All over the world, fans celebrate Star Wars Day on 4 May. Why on this date in particular? Well, the pronunciation of the date "May the 4th" is very similar to the beginning of the probably most popular sentence from the space saga, "May the force be with you". Incidentally, the phrase has been registered as a word mark since 2020 (EM018300364).

The pun was allegedly first made on the occasion of Margaret Thatcher coming to power on 4 May 1979. For some years now, 4 May has established itself as a day of celebration for the worldwide fan community. The city of Los Angeles, on the other hand, celebrates 25 May as Star Wars Day in memory of the premiere of the first film in the series there in 1977.

Since then, Star Wars has become one of the most commercially successful film series in the world (the "enemy" sci-fi series Star Trek can't quite keep up). Thanks to ever new "spin-offs" such as series, books and games, the empire continues to grow.
The socio-cultural influence of the space fairy tale can hardly be overestimated either; its popularity and spread probably surpasses even James Bond, Harry Potter or the Marvel superheroes. 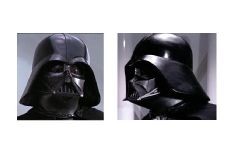 Initially, no one expected it to ever come to this - except perhaps George Lucas. The director, writer and producer accommodated the film studio with his fee for the first "Star Wars" film in 1977, but secured extensive merchandising rights. When it became apparent that the first film would be an unprecedented success, Lucas operated with all appropriate intellectual property rights: Among other things, he had toy figures of protagonists, robots and spaceships protected and their names registered as trademarks.

Over the years, Lucas, together with his production company Lucasfilm and other partners, brought a sheer flood of merchandising products onto the market. Thanks in no small part to a clever property rights strategy, it is estimated that the merchandising surrounding the films has generated over 70 billion dollars to date. Star Wars is thus the most successful film merchandising franchise in the world. 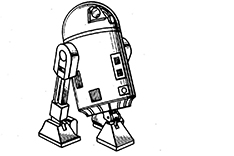 The heroes of the saga are thoroughly protected by industrial property rights. The figure of Master Yoda, for example, has been registered as a design under the number 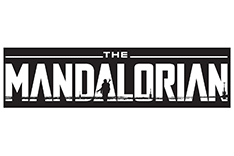 The famous "Star Wars" lettering has, of course, been secured as a word-picture trademark (DE 971996).

The studio joined in However, Lucas was not able to secure the property rights for some of the most popular figures and devices: the design for the cute, beeping robot "R2D2", for example, was registered by the studio Twentieth Century Fox ( Even grotesque or cute side characters, who are only seen for a few moments in the movies, have been design-protected as game characters, such as Jabba the Hutt (

No bad feeling for sure 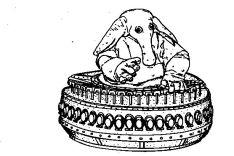 George Lucas sold his company and the rights to Star Wars to Disney in 2012. Since then, the entertainment giant has ensured that the universe continues to expand. The Star Wars makers have remained true to their successful property rights strategy to this day: The title of the last film for the time being, "The Rise of Skywalker," was also registered as a Union trademark (EM018051545), as was the title of the previous film (The last Jedi, EM016429656). Of course, more recent spin-offs such as the series "The Mandalorian" (among others EM017965280) or "The book of Boba Fett" (among others EM018386086) are also trademarked.

Lucasfilm went one step further when they even registered sayings and quotes from the Star Wars universe as a trademark: "I`ve got a bad feeling about this", a phrase that appears as a "running gag" in all the films, has been registered as a Union trademark since 2018 (word mark EM017480435). "Jump to lightspeed" has been a registered word mark since 2004 (EM004050209).

If you want to know what might come next from the Star Wars makers, take a look at Lucasfilm's trademark applications in DPMAregister. There, for example, "The Acolyte" was registered most recently (EM018352876), the title of a new TV series from the Star Wars universe. It will be interesting to see what comes next... 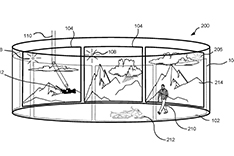 However, Lucasfilm has not only perfected the commercial exploitation of its films, but is also constantly pushing cinematic animation technology forward. For years, the company has reliably filed numerous patents in the field of computer graphics/CGI, most recently including "Immersive content production system with multiple targets" (

In the patent database of the DPMA DEPATISnet Lucasfilm currently holds a proud 339 entries (as of 04/28/2022). The fact that a great deal of research and development has gone into the films is also apparent. Critics sometimes complain that the makers focus too much on visual effects, technical tricks and excessive merchandising instead of on plot and dramaturgy. They would perhaps reply, "This is the way." At least they had this sentence (a quote from "The Mandalorian") secured as a word mark (EM018258235) in 2020...