IP and Youth: Innovating for a Better Future

Across the globe, young people are stepping up to innovation challenges, using their energy and ingenuity, their curiosity and creativity to steer a course towards a better future.
This year, the World Intellectual Property Day 2022’s theme focuses on IP and Youth innovating for a better Future. We explore how these innovative, energetic and creative minds are driving positive change.

On the occasion of the World Day, the President of the DPMA, Cornelia Rudloff-Schäffer, paid tribute to the innovative spirit of young people. She also called for young people to be made aware of IP rights at an early stage, in addition to technical understanding (see DPMA press release of 25 April 2022). 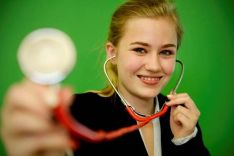 The fact that young women have what it takes to be successful inventors is evident, for example, in the

"Jugend forscht" competition, which is already in its 57th year. This year, of the approximately 8,000 participants, 3,456 are female, or 40.5 percent. And their innovations are impressive.

Rieke-Marie Hackbarth won a special prize at the 2015 competition for her self-disinfecting stethoscope. Rieke got the idea to take part in the "Jugend forscht" competition in the "Research and Invention" subject offered at her high school. Here, Rieke recalled a discussion with her pediatrician, who said that stethoscopes were the purest germ slingers. So she developed an electronic cleaning technique in the school lab. Disinfectant is distributed as a fine spray on the stethoscope membrane.

Her invention has since been patented (

DE 10 2015 102 168 A1). She would never have thought of applying for a patent herself. She says, "I didn't think it was such a special thing ..." It was a "Jugend forscht" judge who made her aware of this possibility - before her invention was published. Because if the invention had been presented at the awards ceremony without first being registered with the patent office, it would have become "prior art" - and therefore no longer new and not patentable.

What happened to Rieke and her invention?

In the meantime, Rieke successfully passed her Abitur and is studying medicine. She now holds her patent again herself, having bought it back from a medium-sized company. The planned collaboration had not worked out in the end because the company would have entered a new market segment with the stethoscope and this had proven to be not so easy.

In the meantime, another student is developing the stethoscope further as part of her bachelor's thesis. Rieke thinks that's good; however, it's also important to her that her invention is protected by a patent: "So that no one can copy this without my consent."
Rieke has not yet applied for patents for further innovations, but does not rule it out for the future: "The inventive spirit is still awake." We can look forward to Rieke's next inventions. 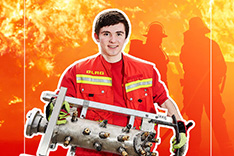 Jan Heinemann with his device

Jan Heinemann from Andernach also likes to get to the bottom of problems - with his "Löschigel" (extinguishing hedgehog), for which he has applied for a patent, he will be the national winner in the field of working life in 2021. The invention can be used by firefighters when a burning building needs to be extinguished from the inside. The ladder attachment is equipped with nozzles that allow water to be sprayed in different directions. According to Jan Heinemann, this also increases the safety of the emergency services.

In his laudatory speech at the award ceremony, Federal Minister of Labor Hubertus Heil praised: "Jan Heinemann has shown a great deal of willingness to experiment and has continuously and systematically improved his project. He used computer-aided methods and also evaluated the atomization statistically. In addition, he acquired the methods for elaborate welding processes. In practical extinguishing tests, he was able to prove the effectiveness of his invention."
Jan Heinemann's credo: "Anyone who has an idea must not give up, must be creative, must improve and leave something for the future."

A-levels, his own company and still plenty of ideas

And Jan Heinemann is continuing to work on this: In February 2022, he and his team partner Diana Daum founded their own company and the "Löschigel" will officially go into production. This will be followed by his high school graduation in March. He is currently in the USA at the International Science and Engineering Fair, the largest non-university student competition in the world. In the summer, the firefighting hedgehog will be given a further boost when it is presented at the world's leading trade fair for firefighting and government supplies, the Interschutz in Hanover, and at several other trade fairs.

In the winter semester, Jan Heinemann will begin his studies at Darmstadt Technical University as an industrial engineer specializing in mechanical engineering, and he still has a few inventions up his sleeve. For example, he and his team partner want to provide even more solutions for public safety and danger prevention: "Our next project will deal with the subject close to both of our hearts: Lifeguarding; the invention will make it easier for rescuers to detect drowning accidents. In addition, this year I've been researching with a friend on a method to treat drinking water in developing countries."

Four IP rights everybody should know

You can see how young inventors in particular can protect their innovations in our video on Youtube.

This video is provided via the Youtube video platform. If you use services of this provider, it may be that usage data is collected and possibly stored in server logs. The German Patent and Trade Mark Office has no influence on the type and scope of the transmitted or stored data. For more information on the data collected by Youtube, its storage and use, please refer to the 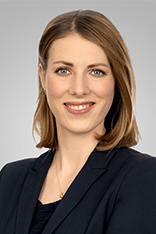 Dr. Carina Lämmle - as a young researcher, she separated a mixture of substances into pure components using a homemade apparatus. Later, she became Germany's youngest university lecturer. As early as the 7th grade, Carina Lämmle showed great interest in chemistry and physics. Through her physics teacher at the Pestalozzi-Gymnasium in Biberach, she then came into contact with the Schülerforschungszentrum Südwürttemberg (SFZ) in Bad Saulgau, 30 kilometers away, which she visited regularly from then on. The SFZ offers students the opportunity to carry out their own research projects and present their results at national and international competitions.

"Phase carousel" is what the three young researchers call their project: two immiscible liquid phases are used. While one phase is held stationary in a coil, the other flows over it. Using an apparatus they built themselves, the young people are investigating how the flow behavior in a rotating glass screw changes as a function of its geometry, rotation speed and screw diameter. They transfer the findings from this analysis to a self-built apparatus that now also allows this chromatographic separation method to be applied. At Jugend forscht 2011, the three young scientists made a smooth transition from the regional to the state level and finally to the national finals. Here, too, the three young scientists convinced the jury: they were awarded the national prize for the best interdisciplinary work by the Federal Minister of Education.

In the course of their research projects, the young researchers' careers take another unusual turn: During a tour of the university in Biberach, Upper Swabia, in 2011, the young researcher discovers a mass spectrometer that is out of service. She is familiar with the method from her research projects at the Student Research Center, and her interest is aroused to take a closer look at the device. However, she is also quickly aware that it will be a challenge to bring the mass spectrometer back into use. "Shutting it down doesn't do the vacuum pumps any good at all - plus, you can't just let such an expensive piece of equipment gather dust in the corner." The dean is enthusiastic about so much passion, doesn't hesitate for long and gives Carina Lämmle the opportunity to take a closer look at the device. After the device delivers its first usable readings again, he also wants to share the knowledge with the university's students. That's why he hires the young scientist to give an introduction to the device as part of a lecture given by Professor Chrystelle Mavoungou in the bachelor's program "Pharmaceutical Biotechnology". And so it came about that Carina Lämmle was given a small teaching assignment at Biberach University of Applied Sciences.

After graduating from high school, Carina Lämmle studied chemistry at the Technical University of Munich and the University of Uppsala in Sweden. In between, she moved to the USA and back to Biberach, where she completed her research work in laboratory internships.

During her doctoral work, she was developing molecular probes for visualizing biological processes in fluorescence microscopy at the Max Planck Institute in Heidelberg. In the future, these probes will be used, for example, in virological research to study retroviruses.
Since 2022, Carina Lämmle has been a patent attorney candidate in a Munich patent law firm, handling patent applications ranging from pharmaceutical products to semiconductor materials. What made her decide to become a patent attorney? "I never wanted to become a technical expert in just one field," Lämmle says. "What I like about patent law is that you can have a broad range of expertise and be at the forefront when it comes to keeping up with new technical developments. It also has a lot to do with communication, which I really enjoy."

Young people around the globe are stepping up to make our world a better and safer place for us all. It is our duty to empower them in their innovative endeavors.
Have a look at a short video made by EPO, DPMA and various national patent offices in Europe and check out several initiatives offered to younger innovators: