Pasteur's heirs and the search for the redeeming vaccine

Hardly any other question was worrying humanity in 2020 as much as this one: When will there be a vaccine against the corona virus SARS-CoV-2? While now vaccination is going on all over the world, we take a look back at one of the first spectacular vaccination successes: On July 6, 1885, Louis Pasteur began immunizing a person infected with rabies.

Joseph Meister, a nine-year-old baker's son from the village of Meisengott (Maisonsgoutte) in Alsace, had been bitten by a rabid dog. At the time, this was almost a death sentence, because once rabies had broken out, there was no medication that could help (this is still the case today). But the village doctor remembered having read about the successful experiments of a chemist with a rabies vaccination for dogs. Immediately, Meister's mother and her son set off for Paris to look for this man. 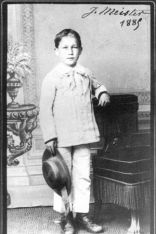 Joseph Meister was the first to be vaccinated against rabies

In fact, Louis Pasteur (1822-1895) had until then immunized dogs against rabies in experiments, but not yet humans. In countless transmission experiments on rabbits and dogs he had proved that the pathogen (which could only later be identified as a virus) attacks the nervous system. Since the incubation period of rabies is one to two months, even after infection there may be enough time for immunisation to prevent the outbreak. From the dried spinal cord of an infected rabbit, Pasteur obtained a weakened infectious suspension, which he injected into his experimental animals at systematic intervals and dosages. Afterwards the dogs remained immune to the disease.

However, Pasteur had not yet successfully tested a post-exposure prophylaxis. Pasteur, who was not a physician, had also long shied away from using it on humans. But when Meister's mother and the boy came to him, he dared to vaccinate after consulting doctors. 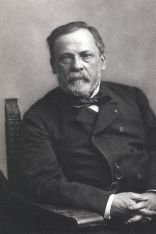 Joseph Meister first received an injection from the brain mass of an infected rabbit dried for 14 days, the next day a dose dried for 13 days, and finally, over a period of ten days, twelve injections of increasingly higher virulence. Rabies did not break out in him, he survived and was allowed to return home to Alsace on 25 August 1885.

Two months later Pasteur published the cure of his young patient and caused a sensation. To this day, Meister's treatment is still considered a milestone in the history of medicine. Infected people from all over the world flocked to Pasteur for treatment; masses of donations enabled him to found his own institute.

However, Master's cure - if it really was one at all - was not really very meaningful. Pasteur himself assumed that only 10 percent of all people bitten by rabid dogs were actually infected with the disease. Moreover, one single case cannot sufficiently prove the effectiveness of a vaccination (which is one of the many reasons why the development of a corona vaccination takes a lot of time today: it must be tested on a sufficient number of people). In retrospect, however, it was scientifically proven that Pasteur's vaccination was indeed effective. Of Pasteur's many groundbreaking achievements, this one was perceived as perhaps the greatest; to this day, he is considered a national hero in France.

The father of the vaccination: Edward Jenner 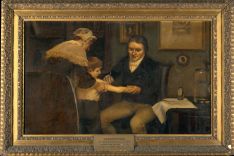 Edward Jenner and James Phipps: Painting by Ernest Board

The idea of protecting people from disease through vaccination existed long before Pasteur. The first, and to this day the greatest success was achieved by the English doctor Edward Jenner (1749-1823). At that time, smallpox (also known as leaf pox) was a very widespread and dangerous infectious disease and is said to have had a mortality rate of between 20 and 40 percent. Those who survived were often disfigured by the scars. However, it was known for a long time that nobody had to go through the disease a second time. This gave rise to the idea of inducing immunisation by means of targeted but attenuated infection. Jenner's pioneers included his colleague John Fewster (1738-1824) and Wilhelm Bernhard Nebel in Heidelberg (1699-1748).

Cowpox was a variant of the disease that was harmless to humans and that almost everyone who had anything to do with cows had to go through at the time. Jenner therefore took up the idea of immunising a person with cowpox against human pox. On 14 May 1796 he vaccinated the eight-year-old James Phipps with serum from a pox pouch on the hand of a milkmaid. About six weeks later Jenner infected the boy with human pox, but he proved to be immune.

Jenner wanted to publish an article on this but the Royal Society refused because they felt that one test person was not sufficient. So Jenner kept on experimenting, mostly on children, including his own son. Fortunately, the corona vaccine researchers could no longer afford such a procedure today. But Jenner's success ultimately proved him right. Since he owed his vaccine to cows (Latin "vacca"), Jenner called it "vaccine". He was sure, "My method will eradicate smallpox." Indeed it did, but it was to take nearly 200 years.

By the way, Jenner renounced a patent for his method because it should remain affordable for the poorer population. The scientific background of immunization only became clear at the end of the 19th century when it was discovered that microorganisms called "bacteria" could cause infectious diseases. Pasteur formulated his "germ theory" in 1864, Robert Koch discovered the pathogen bacilli of anthrax and tuberculosis in 1876 and 1881 respectively. It was not until the 20th century that science began to be gradually understood viruses. 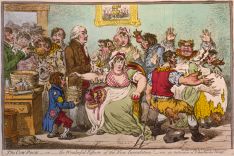 The idea of vaccination spread rapidly. After some states of the USA had made the start, the Kingdom of Bavaria introduced compulsory vaccination against smallpox as early as 1807; Russia followed in 1812. In the German Empire, however, smallpox vaccination only became compulsory in 1874. Finally, the

WHO declared smallpox officially eradicated in 1979. Unfortunately, it is still the only infectious disease that has been completely eradicated. Despite intensive vaccination efforts, other pathogens still pose a threat, such as polio, at least in isolated cases.

Right from the start, the practice of vaccination also had determined opponents. Rational arguments play a rather subordinate role; opponents of vaccination were (and still are) driven more by ideological reasons. Even the Reichsimpfgesetz (German Imperial Vaccination Act) of 1874 was highly controversial. To this day, there is sometimes fierce resistance to any compulsory vaccination, as was recently demonstrated by the criticism of compulsory measles vaccination for children in day-care centres or currently by the Corona pandemic anti-vax protesters.

The problem of growing "vaccination fatigue“

More problematic than the comparatively manageable number of radical opponents of vaccination are, however, the "vaccination-weary" people in this country: since, for example, childhood diseases such as chickenpox and rubella hardly ever occur today thanks to the vaccinations, the understanding of the necessity of protective vaccination is declining. Vaccinations are threatened by their own success: "Out of sight, out of mind" - the threat from traditional childhood diseases seems abstract and small. One of the consequences of this negligence is that measles is still - or rather: again - a global problem (in 2018,

according to the WHO , the number of reported infections rose significantly; more than 140,000 people died from it worldwide). In many regions of the world, infectious diseases that were thought to have been defeated long ago are flaring up again. 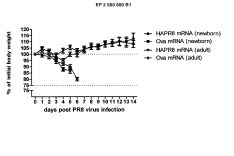 Vaccinations have always been a political issue: Napoleon immediately had his soldiers protected against smallpox with Jenner's vaccination, although he was at war with England. Pasteur and his French colleagues rejected the research of their German colleagues (and vice versa) against the background of the hostility of their countries. And during the "Cold War", East and West vied for the better vaccination strategy. The GDR in particular wanted to demonstrate the superiority of the socialist system with a thoroughly vaccinated and healthy population. Eastern Germany even offered "vaccination development aid" to West Germany, where at times only the smallpox vaccination was obligatory, while polio was still a serious problem.

So the world had enough problems with aggressive viruses even before Corona, but the current pandemic puts everything in the shade. People everywhere are hoping for a cathartic (and affordable) vaccine against SARS-CoV-2, but under normal conditions, the development of a vaccine takes years, perhaps decades - if it is successful at all. For example, even after decades there is still no suitable vaccine on the market against HIV (but see

Vaccines (also for animals) can be a lucrative market for pharmaceutical companies, which is why interesting approaches to immunisation are repeatedly reflected in patent applications (see e.g.

WO 2014 127917 A8 by CureVac, a company with a corona vaccine candidate which has suddenly become famous due to Trump's interest in it...).

A vaccination as proposed in

EP 3 389 704 A1 ("Vaccination against diabetes, obesity and related complications") could find a huge market. Curious: A new vaccination for dogs against lung diseases uses a strain of coronavirus: "Vaccination with canine respiratory coronavirus to protect against infections of B. bronchiseptica" (

Hope for the corona vaccination

The development of a vaccine can also cost many millions of euros. This is why the states are trying to provide support for research-based companies. The

EU invested billions of urgently required vaccines against SARS-CoV-2 with a volume of 750 million euros in 2020. There was justified hope that the heirs of Pasteur and Jenner would succeed.

And so it was. At the end of 2021, the BioNTech company received the Deutscher Zukunftspreis for its vaccine.