Enigma: This is the exciting story of an ingenious machine for encrypting messages and the brilliant minds who cracked it - and thus crucially influenced the course of the Second World War, which ended 73 years ago.

DE416219), which already contained the essential elements of the Enigma.

US1086823); at the same time, other engineers had similar ideas (for example

Scherbius was an accomplished engineer who had excelled in particular in the development of circuits. After he had tried in vain to offer his invention to the military still during the First World War, the Enigma manufacturers relied on customers from the international business community who wanted to keep their communications secret. Scherbius had continued to further develop the Enigma (see 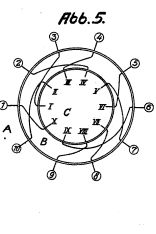 Drawing of an Enigma rotor from patent DE425147 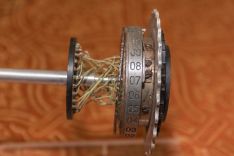 However, the crucial preparatory work for the disenchantment of the Enigma machine had already been done in Poland in the 1930s: The great mathematician Marian Rejewski had researched essential principles of the machine and passed his knowledge on to British scientists shortly before the outbreak of war. Rejewski also developed the first cryptanalytic machine for deciphering code named “bomba”. Rejewski’s work – just like that of the British code crackers - only became known and appreciated decades after the end of the war. 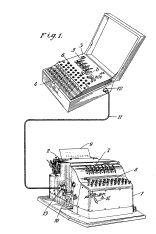 Whereas Rejewski has not (yet) become a protagonist of films, Alan Turing (1912-1954) has received this late honour several times already. Together with Gordon Welchmann, Turing was the leading figure of British code breakers in

Bletchely Park near London, who worked there under the project name “Ultra”, for example in the famous “Hut 6”. They used the intrinsic flaws of the Enigma, Rejewski’s significant preparatory work and captured code books to find ways to decipher the Enigma radio messages.

By constructing the "bombe" named after him, the basic idea of which Turing had adopted from Rejewski and which he had developed further substantially, he became a father of modern computer technology. The giant apparatus was able to calculate the day key from approximately 1,054,560 possible values using “cribs” (words probably used in the radio message). By using hundreds of these “bombes” in England and the USA, it was finally possible to decode the German radio messages within a few minutes. 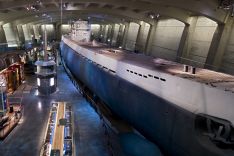 Like U559, the German submarine U505 was captured by the Allies with its Enigma and code books. The boat can today be seen in a Museum in Chicago.

Without the Enigma decryption, World War II probably would not have ended 73 years ago. 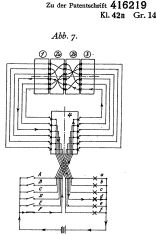 By deciphering the Enigma, the mathematicians and cryptanalysts of Bletchley Park played a crucial role in shortening World War II. Considering that substantially more people died on the German side in particular in the last two years of war than in the preceding five years and that, if the war in the West had lasted longer, the nuclear bomb would probably have been used against Germany first, it becomes clear what this meant.