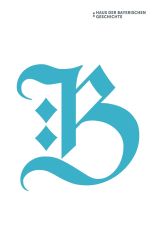 These days the Free State of Bavaria will turn 100 years old. Back then, at the beginning of November 1918, times were turbulent. In view of defeat in the First World War, revolts and revolutions flared up. In Munich, Kurt Eisner declared the last King Ludwig III deposed, thus ending the rule of the Wittelsbach dynasty in Bavaria after 738 years. On 7 November 1918, Eisner proclaimed the Free State.

The traditionally conservative governments of Bavaria tend to neglect the fact that the Free State was once founded by a left-wing revolutionary. Consequently, it is considered all the more important to emphasise that the Free State’s industry has developed splendidly over the last hundred years. 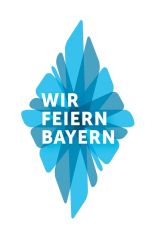 In any case, inventiveness flourishes in Bavaria. For years, the Free State of Bavaria has been the front runner among the federal states with regard to patent applications filed at the DPMA. A glance at the pdf file of the

As regards the number of trade marks applied for in 2017, Bavaria, with 12,518, had to give way only to North Rhine-Westphalia (15,149). However, out of all Flächenländer, (federal) states with large territories, the inhabitants of Bavaria were the most creative, filing 97 trade mark applications per 100,000.
By the way, the Free State is the holder of numerous trade marks. On occasion of its anniversary, let us take a look at the Bavarian trade marks registered with the DPMA, all of which can be found in DPMAregister , the official publication and register database of the DPMA. 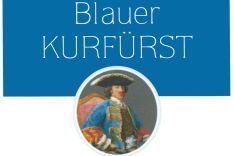 Even the anniversary itself is a trade mark: “Wir feiern Bayern” (We celebrate Bavaria) is the motto of the Free State arranging numerous

events celebrating both its centenary and “200 Jahre Verfassungsstaat” (200 years of the constitutional state – in 1818, King Maximilian I Joseph of Bavaria issued one of the most liberal constitutions within the German Confederation, which even provided for people's representation). The anniversary motto “Wir feiern Bayern” is a registered word/figurative mark (302017104534).

Many of the Free State's own trade marks concern lottery administration, for example “EXTRAGEHALT” (extra salary; (302010061877). The State Lottery Administration has secured a number of other, sometimes little-known, word marks such as „Toppen“ ; meaning to excel, or “Glück ist die beste Unterhaltung” (Luck is the best entertainment) (30570499).

ELSTER, the electronic tax return, is probably one of the best-known trade marks in the Free State of Bavaria.

In the cultural sector, the Free State protects some of its institutions with registered trade marks. “„Porzellanikon“”, for example, is the name of a special museum in Selb and a registered word mark. The logos (for example 304426377 ) of the three art galleries in Munich (Pinakotheken) are protected as word/figurative marks. A separate (trade mark ) was also registered for the Haus der Bayerischen Geschichte (house of Bavarian history), as well as for the Nationalpark Berchtesgaden.

A particularly original trade mark of the Free State is „Blauer Kurfürst“ (blue elector). It describes a fruit schnapps that administrative employees of the three castles in Schleißheim (near Munich) distil from the fruit of the gardens. The title of the fruit schnapps alludes to the byname of the builder of the main castle: Max Emanuel (1662-1726). After his victory over the Turks near Vienna in 1683, when he wore a blue sash, he was also called “Der blaue Kurfürst”. 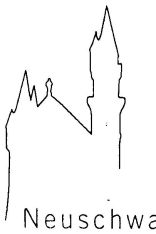 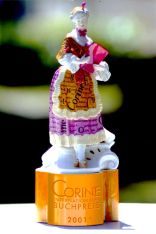 The names of the other two royal castles of Ludwig II which attract many visitors – Linderhof (30335150) and Herrenchiemsee (30335149) – have also been protected as trade marks of the Free State.

These trade mark registrations were, however, controversial; mostly they were only registered for some of the goods and services originally claimed.

The souvenir association Bundesverband Souvenir - Geschenke - Ehrenpreise e. V. took action against the trademark protection of the word "Neuschwanstein" and filed an action for cancellation of the EU word mark registered in 2011 010144392. Among other things, it argued that Neuschwanstein was indicative of the geographical origin and therefore not eligible for trade mark protection.

The Free State had the trade mark registered in various Nice classes (including perfume, jewellery, instruments, stationery, bags, beauty care, drinks, insurance, smoking supplies, toys) in order to “avert abuse and disparagement of the important cultural monument of Neuschwanstein and its commercial exploitation”. The legal dispute, which lasted for years, went through all instances and recently ended with a ruling of the Court of Justice of the European Union: The complaint of the souvenir association was dismissed (

However, the disputes over the sought-after Neuschwanstein trademark will presumably continue, as the legal situation remains uncertain. 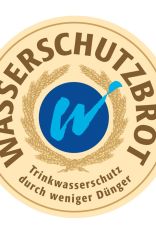 Kompetenzzentrum für Ernährung". At the Bavarian Academy “Genussakademie Bayern” you can get qualified correspondingly by taking part in diverse courses.

The registrations of the Free State of Bavaria include the word mark „POLIZEI“ (POLICE). The DPMA had completely refused this registration, but the Federal Patent Court allowed it for individual goods and services such as cash registers, calculating machines, spectacles, paper, cardboard and e-mail data services.

A match for “Polizei” is the word/figurative mark „Haftsache“ (matter of arrest), registered for numerous classes. These include goods such as shoes, bags, games and kitchen equipment, all of which are handmade by inmates of Bavarian prisons.

The trade mark „Montgelas 3.0“, referring to the e-government strategy of the Bavarian state government features the name of a great statesman.

The „Corine“, winner trophy of an international book prize which Bavaria awarded up until 2011, is also protected. It is succeeded by the

The trade mark „Engelsloge“ (angel’s box) corresponds to a publication of the Bayerische Staatsoper which is enclosed with daily newspapers. The Bavarian State Opera also wanted to protect the word mark „Max Joseph“ for its in-house newspaper, but the application was rejected for lacking distinctiveness.

Another unusual case is the word/figurative mark „Wasserschutzbrot“. The production of this bread is intended to particularly conserve drinking water as a resource.

Castles, schnapps, taxes: These are only some of the 256 trade marks registered in total by the Free State at the DPMA. In the next hundred years, some more will probably follow.