From Berlin to Munich: Siemens and Langenscheidt

In 1847, Werner Siemens and Johann Georg Halske founded the “Telegraphen Bau-Anstalt von Siemens & Halske“ in Berlin. The Siemens logo, registered in 1899, consisting of the intertwined letters “S” and “H” (for Halske), is still a valid trade mark today and is registered with the DPMA under the register number 2004113.

In addition, the company holds a large number of trade marks for a wide variety of products and activities, such as the word/figurative marks “Advanced Partner Siemens” and “Solution Partner Siemens”, which were applied for in 2012. 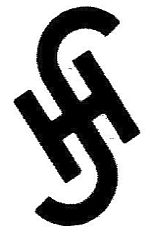 On 1 April 1949, 102 years after the company was founded, the headquarters of Siemens & Halske was relocated to Munich – Berlin remained the company’s second headquarters. Major damage to the factory buildings and the politically precarious situation in Berlin made this decision necessary. The executive management of the company also expected that there would be the greatest economic freedom of movement in the American occupation zone.

As early as autumn of 1949, the new Munich central administration moved into Palais Ludwig Ferdinand on Wittelsbacherplatz 2. The acquisition of this classicist palace was a clear sign of Siemens’ commitment to the Munich location.

In 1948, after the Allies had relaxed the foreign trade restrictions for Germany, Siemens bought back confiscated patents, name and trade mark rights as well as sales and production companies and set up foreign branches. Between 1952 and 1962, Siemens rebuilt companies and subsidiaries in 30 countries.

The research restrictions of the Allies made it difficult for Siemens to invest in promising business areas. Nevertheless, in 1953, the company took a major step forward in its development: A special process for the production of high-purity silicon for the semiconductor technology was developed and patented. For this purpose, the word mark SIMATIC was registered with the German Patent Office, which has the register number 2031014 and is still in force today.

On 1 October 1966, the Siemens Aktiengesellschaft (public limited company) was founded. This step marked the conclusion of the process of reconstruction after World War II. Today, Siemens has 25 locations in Germany and a presence in 190 countries. The company has bundled its corporate activities into the three sectors Industry, Energy and Healthcare under CEO Joe Kaeser. Siemens is one of the world’s largest electrical engineering and electronics companies. 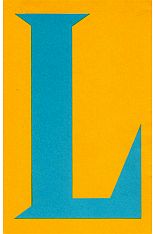 The initial of the company is the prominent logo, which had decorated the cover of the first pocket dictionary as early as 1903. The crucial design was made for the centenary of the company: A turquoise blue L on a yellow background was applied for at the German Patent Office in 1956. Minor changes followed. In 2013, Langenscheidt received a Red Dot Award for its new brand design and identity, which also includes the further design development of the traditional trade mark.

From 1980 onwards, Langenscheidt systematically expanded the travel and cartography sector by taking over companies in Germany and abroad. The most important expansion step was the takeover of the international tourism publishing house APA Publications, Singapore. This made Langenscheidt one of the world’s largest providers of travel literature.
In 1983, Langenscheidt presented the world’s first pocket-sized translation computer, the Alpha 8, available for German-English, German-French, German-Italian, German-Spanish and German-Latin. 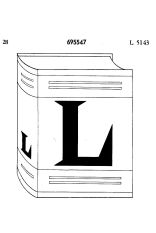 In 2005, the first dictionary applications for PDAs and smartphones came onto the market. Five years later, the first digital books and apps appeared. In 2012, the company presented “Langenscheidt IQ”, its first cross-media, customised language course for self-learners.

By the way: Since 2008, Langenscheidt (in cooperation with others) has been annually inviting young people to vote on the youth word of the year. In 2015, the publishing house focused above all on “DaF – Deutsch als Fremdsprache” (German as a foreign language) and thus took part in the “Wir zusammen” integration initiative of the German industry.

On 26 April 2019, Langenscheidt was taken over by Pons-Verlag, a dictionary publisher of the Klett Group based in Stuttgart.