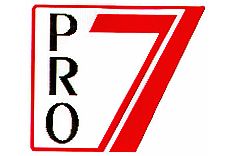 The private television station ProSieben, founded by Dr Georg Kofler in Munich in 1989, applied for the word mark ProSieben at the DPMA on 29 November 1988 (register number: 1187800, trade mark registered).

The media brand ProSieben is characterised by its “crystal-clear commitment to young high-quality entertainment” and is aimed primarily at viewers aged between 14 and 49. In this group, brand recognition is 98%. The company ProSieben Television GmbH later became part of ProSiebenSat.1 Media AG and currently has its headquarters in Unterföhring near Munich, due to space requirements.

In 1994, the agency Pittard Sullivan Fitzgerald developed the red figurative mark as a geometric interpretation of the number seven in the colour Pantone 185. The company uses the type New Helvetica 85 Heavy for the name ProSieben. The name is made up of PRO for programme and the number seven, which is considered a lucky number.

In 2007, the corporate identity underwent an extensive redesign. According to a forsa survey of viewers at the time, over 20% of those interviewed would choose ProSieben as “the only channel on a deserted island”. The channel’s programme focuses primarily on Hollywood and in-house productions and is currently using the advertising slogan “WE LOVE TO ENTERTAIN YOU” (registered word mark DE 30361235, filing date 27 November 2003). Since 2005, the slogan has been accompanied by the PROSieben starforce campaign: Stefan Raab and Christoph Maria Herbst, among others, were in front of the camera for the short commercials.

dtv: from paperback to digital future


The dtv Verlagsgesellschaft mbH und Co KG, based in Munich, is one of the largest independent trade book publishers in the German-speaking world. Originally founded in 1960, as a pure paperback publisher for secondary publications in Schwabing (Munich), dtv presented the first nine books in September 1961: Heinrich Böll’s “Irisches Tagebuch” (Irish Journal) is number 1 – and has been available without interruption ever since. The shareholders in the publishing house included the publishers Artemis, Beck/Biederstein, Deutsche Verlags-Anstalt, Hanser, Hegner, Insel, Kiepenheuer & Witsch, Kösel, Nymphenburger, Piper and Walter. 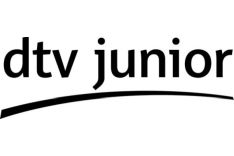 In 1980, on the occasion of its twentieth anniversary, the publisher used the advertising slogan: “We didn’t invent the paperback – but we made something of it!” Today, dtv publishes about 70% of all new titles as first publications and publishes in all formats from hardcover to paperback.
About 400 titles are being published annually. At dtv DIGITAL, digital publications are offered on a cross-programme basis. Many other (national/international) publishers with complementary programme fields use dtv’s market access to the German-speaking trade by cooperating in the field of sales and logistics. The range of the dtv programme comprises international and German-language fiction, non-fiction, reference books, how-to-guides, children’s and youth books and literature for young adults.