Engines for Munich: BMW and Sixt

BMW – the trade mark that stands for “driving pleasure” 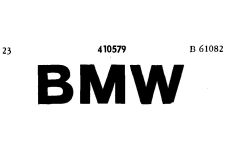 Bayerische Motoren Werke Aktiengesellschaft (BMW AG) is the parent company of the BMW Group, a globally operating German automobile and motorcycle manufacturer. Today, the traditional Bavarian company presents itself with three high-end brands: BMW, MINI and Rolls Royce. The company emerged from Rapp Motorenwerke GmbH, founded by Karl Rapp in 1913. In 1917, Rapp GmbH changed its name to BMW GmbH when the name giver left the company and, in 1918, it was transformed into an AG (public limited company). The trade mark, which is still known all over the world today, was registered at the Imperial Patent Office (Kaiserliches Patentamt) in Berlin on 10 December 1917 (filing date: 5 October 1917).

BMW had recognised the growing popularity of airplanes at the beginning of the 20th century and soon developed aircraft engines for the German and Austrian military, including the new high-altitude aircraft engine BMW IIIa. The legend that the BMW logo was a rotating propeller in front of a blue sky was probably spread for marketing reasons at the end of the 1920s. In fact, the colours blue and white have always referred to the state colours of Bavaria. 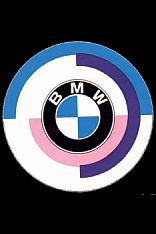 Registered word/figurative mark 924748 in the style of the 70s

After World War I, Germany was prohibited from manufacturing aircraft engines for five years. For this reason, BMW initially focused on the manufacture and repair of railway brakes. However, BMW was passionate about engines, and in 1923, the company presented its first motorcycle, the BMW R 32, and just two years later its successor, the R 42. In the 1920s and 1930s, the technically advanced and high-quality motorcycles remained the company’s flagship model. Even today, BMW Motorrad pursues a premium brand strategy: leading-edge products in the fields of technology, sustainability and safety.

From 1965, BMW concentrated entirely on the production of cars and motorcycles. The slogan “Freude am Fahren” (Sheer driving pleasure) (word mark DE 30094731), which has been used since 1975, conveys what the BMW brand embodies: a combination of sporty and dynamic performance and high standards of innovation and design.

At the beginning of the 1970s, the company's improved economic situation was reflected in the opening of the new corporate headquarters and the BMW museum in 1973, directly adjacent to the Olympic site. The ensemble of the BMW museum and BMW tower block, designed by the Viennese architect Karl Schwanzer (1918-1975), has been a characteristic feature of the BMW quarter in the north of Munich since its construction and has become a symbol for the company and a landmark of the city of Munich.
With a turnover of 97.5 billion euros and around 135,000 employees, the BMW Group is one of the largest companies in Germany and one of the 15 largest car manufacturers in the world with an annual production of 2.54 million vehicles in 2018.

Sixt SE is a European public limited company based in Pullach in the valley of the Isar river near Munich and is the parent company of the Sixt Group. The company is active at an international level in the areas: car rental, car sharing and transportation services. The SIXT Leasing SE operates internationally in the areas of fleet management and leasing for private and business customers.

In 1912, Martin Sixt founded the company “SIXT Autofahrten und Selbstfahrer” with just a few cars, according to the company, the first car rental in Germany. The English aristocracy and wealthy Americans in particular rented luxury vehicles for day trips or special tours. In 1927, Martin’s nephew Hans Sixt took over the company.

During World Wars I and II, the vehicle fleet and drivers were confiscated and placed under the control of the military. Only a seven-seat Mercedes 230 Landaulet survived the war hidden in a barn in Upper Bavaria. In 1946, Sixt resumed business operations and opened a taxi company in Munich with the first radio taxis.
Martin Sixt did not live to see the foundation of Auto Sixt in 1951, he died in 1945. 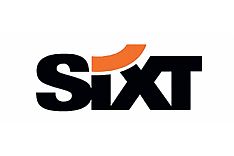 In the 1960s and 1970s, the company opened branches at all major German airports. In 1969, Erich Sixt became the third generation to join the family business and added trucks to the fleet. In 1976, Regine Sixt expanded into the business with large airlines and hotels and, in 1986, the company was transformed into a German public limited company.

In the 1990s, Sixt became the number one car rental in Germany. Strategic partnerships with airlines and hotels have contributed to Sixt’s national and international success. As early as 1998, Sixt and its franchise partners had over 1,000 locations in Europe. International expansion began in the following years.

In 2013, Sixt AG was converted into the legal form of a European company (SE). The Sixt family, now in its fourth generation, is still controlling all Sixt companies.