Light and locomotives: Osram and KraussMaffei

On 17 April 1906, the trade mark “Osram” was registered as a word mark for “electric incandescent and arc lamps” by the Deutsche Gasglühlicht AG (Auer-Gesellschaft) at the Imperial Patent Office in Berlin. “Osram” is a portmanteau coined from a combination of the words Osmium (OS) and Wolfram (RAM), the German word for tungsten, referring to the two metals used for filaments because of their high melting points.

In 1919, the Deutsche Gasglühlicht AG (Auer-Gesellschaft) together with AEG and Siemens & Halske founded Osram GmbH & Co. KG. In the same year, the figurative mark was created: Its original form showed a long-wire lamp typical of that time with the characteristic exhaust point at the top of the bulb. In 1921, it was stylised for the first time. From 1926, the lamp has had the characteristic shape known to this day. The Osram oval is protected in three colours: orange, white and blue. It had its most striking revamp in 2001 – the stylised lamp was rotated through 180 degrees.

The OSRAM trade mark has shaped the lighting industry with a series of innovative products such as the fluorescent lamps, xenon high-pressure lamps and halogen headlights and light emitting diodes (LEDs). The company was originally located in Berlin. As a consequence of World War II, OSRAM was dispossessed of its production sites in East Berlin and loses all its associated companies abroad and trade mark rights. In addition to its new headquarters in West Berlin, Osram established a second company headquarters in Munich in 1954. In the winter of 1965, the Osram administration moved into a new building on Hellabrunner Strasse 1 in the south of Munich. 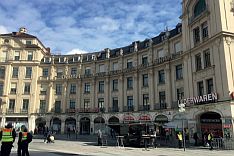 In 1949, Osram set up its own advertising department. That very same year saw the creation of the advertising slogan “Osram – hell wie der lichte Tag” (Osram – as bright as day).
The slogan hit the nerve of many Germans: They wanted to hear something about optimism, future and peace. After long nights of bombing, people longed for illuminated streets and shops. The slogan made a major contribution to increasing recognition of the trade mark “Osram”. It is still registered in the trade mark register today and can still be seen in Karlsplatz (Stachus) in Munich.

Today, OSRAM is a multinational company with over 25,000 employees. Its business areas are lamps and lighting systems for special applications, semiconductor-based lighting products (LEDs) and professional lamps and solutions. However, the Group no longer owns the segment of traditional lamps and LED retrofit lamps following the sale to a Chinese consortium announced in July 2016.

KraussMaffei – from construction of locomotives to “smart factory”

KraussMaffei logo, the name KraussMaffei in different spellings is registered as word marks, for example DE 302009062812

In 2018, the company KraussMaffei celebrated its 180th anniversary: The beginnings of the trade mark date back to 1838 when the merchant Joseph Anton von Maffei (1790 – 1870) founded the “Eisenwerk Hirschau” in Munich-Schwabing. From 1866, Maffei faced competition from Munich-based Georg von Krauss, who within a few decades had also determined the international train market with his technical developments. In 1931, the two competitors, Maffei and Krauss, merge to form Krauss & Comp.-J. A. Maffei AG and move into the new company headquarters in Munich-Allach, which is still the headquarters of the company today. 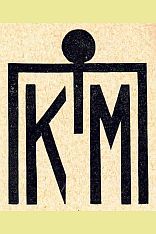 The core business area was locomotive building. Between 1945 and 1999, the company produced a mixed portfolio of civilian and military vehicles, centrifuges, butchers’ requisites, locomotives, buses and the first precursors of plastics machines.

In the 1990s, the company expanded: In 1992, it acquired a share majority of the Swiss manufacturer Netstal-Maschinen AG and, in 1998, a share majority of Berstorff GmbH in Hanover. In 2002, the portfolio was expanded to include automation solutions of the Neureder AG in Schwaig. From 1999/2000, KraussMaffei has specialised in plastics and rubber machinery (after the Mannesmann Group was dissolved). The business division Locomotive Construction was taken over by Siemens and the division Defense Technology by the Wegmann company, now Krauss-Maffei Wegmann (KMW).

Despite being acquired by a Chinese group, the Mechanical Engineering division is still based in Munich, the largest location. Of 5,300 employees worldwide, 1,800 work in Allach. From 2022, the main plant and the company headquarters will be relocated to Parsdorf in the east of Munich. KraussMaffei’s new plants are based on the concept of a “smart factory”, which uses digitisation and leading-edge logistics to substantially increase productivity.