70 years of the patent office in Munich 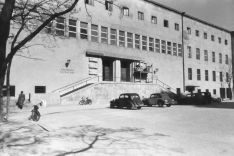 Part 1:
How it happened that the patent office is located on the banks of the river Isar

Exactly 70 years ago saw the beginning of Munich’s rise to become the European capital for the protection of innovations: On 1 October 1949, the German Patent Office began operations in the Bavarian capital. But how did the office, which had been founded in 1877 as the Imperial Patent Office (Kaiserliches Patentamt) in Berlin, end up on the banks of the Isar river? 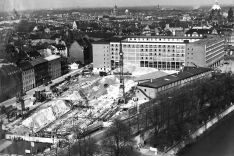 "Legal protection again, at last" wrote the weekly "Die Zeit" after the opening of the German Patent Office in Munich. A "long-awaited line" had been drawn "under the embarrassing post-war lawlessness in the field of industrial property protection". 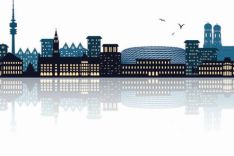 Since 1949, Munich has been home to our office and as a location for industry it has a large number of valuable and well-known brands. Without claiming to be exhaustive, we would like to present to you 30 Munich trade marks, which are well known at a national level and most of them even at an international level.