Whether football fan or not, almost everyone can sing along to “Stern des Südens” (southern star). In 1997, the Munich singer-songwriter and cabaret artist Willy Astor wrote this football anthem. The title can be found in the trade mark register as word mark DE 302010002641 and DE 302014023894, just like the slogan “Einmal Löwe, immer Löwe” (once a lion – always a lion) (DE 302012017153) of the football club TSV 1860 München. Many other trade marks of the two major Munich football clubs can be found in the trade mark register and testify to rivalry, success and defeat, rise and fall, continuation and how the tide is turning again and again. 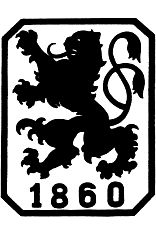 Winner of the German championship in the 60s 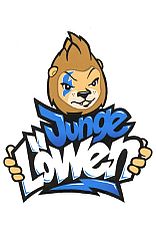 In 1966, the TSV 1860 Munich won the German championship with legendary players such as Petar Radenkovic, Timo Konietzka and Rudolf Brunnenmeier. After narrowly missing out on defending their title, the club went through a long period of ups and downs. In 1970, the TSV 1860 was relegated to the second division, and in 1982, when their licence was withdrawn, they were relegated to the Bavarian upper league.

In 1992, the era of President Karl-Heinz Wildmoser began with the team marching from the third to the first division under coach Werner Lorant. Wildmoser put an end to old traditions by moving to the Olympic Stadium. In 2000, the Löwen even managed to qualify for the Champions League. In 2004, Wildmoser had to leave, a few months later the TSV 1860 was relegated to the second division.

From the “Allianz Arena” back to the “Grünwalder” stadium

Still under Wildmoser, the TSV 1860 participated in the construction of the new Munich “Allianz Arena”, after plans for an extension of the Grünwalder stadium as “Löwenarena” (trade mark DE 30148514, applied on 7 August 2001) had failed. In 2005, the TSV 1860 moved into the new stadium in Fröttmaning together with FC Bayern.

Temporarily the “Grünwalder” stadium was a thing of the past. However, in 2017, after the relegation from the second division and the withdrawal of their licence for the third division, the Löwen have been playing once again in their old home stadium, in the regional league of Bavaria, since the 2017/18 season. In the very first year in the regional league of Bavaria, the TSV 1860 under coach Daniel Bierofka managed to be promoted to the third league. 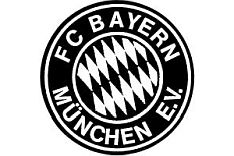 In 1900, the FC Bayern’s success story began. The FC Bayern (FCB) quickly gained a leading role first in the Munich and then in the Bavarian football region. By 1920, the club had over 700 members. In 1932, the FCB team won the German championship for the first time. In 1963, when the German Football Bundesliga was founded, the FC Bayern was initially only a spectator – despite winning the DFB Cup in 1957. But just two years later, the “Roten” (reds) under the legendary coach Tschik Cajkovski also kicked in the top division.

Beginning of a myth 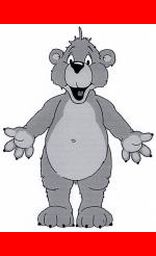 The 1970s were the “golden decade” of the club. From 1972, the FCB played in the Olympic Stadium. Although the club won only four national titles in this decade, the myth of the FC Bayern München began. Under coach Udo Lattek, the team achieved an almost unsurpassed triumph at international level, winning a series of European Champion Clubs’ Cup titles (predecessor of the Champions League), from 1974 to 1976, and the International Cup. Gerd Müller, Franz Beckenbauer, Paul Breitner, Uli Hoeneß, Gerd Müller and Karl-Heinz Rummenigge still stand for the successes of that time.

But these should be the last major international titles for the record champion until the turn of the millennium. It was only under coach Ottmar Hitzfeld that the FC Bayern again started to compete in the upper echelons of the Champions League. After the unfortunate defeat in the final against Manchester United in 1999, the time had finally come on 23 May 2001: After 25 years, the FC Bayern again won the Champions League.

In the 2012/2013 season, the FC Bayern finally managed to bring the German title back to Munich. And in the first all-German Champions League final, the FCB won 2-1 against Borussia Dortmund in London’s Wembley Stadium. The FC Bayern was the first German and seventh European club to win the “treble”.

Since then, the FC Bayern have dominated the Bundesliga – and, in 2019, they won the German championship for the seventh time in a row and for the 29th time in total.