Difficult years, times of major changes: the Imperial Patent Office from 1911 to 1920

1911. The new century was only a few years old, the IP application figures and the number of staff members continued to grow, the office had an impressive building in Gitschiner Straße in Berlin and successful steps on the international stage allowed it to shine with confidence. The German Empire acceded to the Paris Convention for the Protection of Industrial Property (Paris Convention), an international treaty, in 1903.

About the end of youth 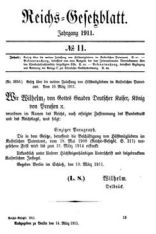 The patent application figures did not stop increasing. While there were 21,925 applications in 1900, this number more than doubled eleven years later, reaching 49,532 in 1913. The staffing requirements reached unforeseeable levels. The German Emperor, Wilhelm II, reacted immediately. On 10 March 1911, he extended the period for appointing assistant members by three years. But this was not all. On 11 May 1911, he decreed the establishment of a second patent division, Application Division XII, following Division XI established in 1908.

It was planned to further reform the industrial property protection system in Germany. The Imperial Government released a draft law in 1913, which provided for legal as well as organisational and personnel changes. The fact that it was intended to give greater significance to the inventor was nearly revolutionary. The inventor principle and employee inventors' law were part of the planned new rules. The institution of a single examiner was to simplify the organisation of the Imperial Patent Office and thus cause fewer costs for a patent. The single examiner, who would have replaced the preliminary examiner, was to support the application divisions with the examination of patent and trade mark applications.
In addition to the boards of the appeal section, each one consisting of five persons, it was intended to introduce a superior enlarged board deciding on basic legal issues. It was up to the Chancellor to hire appropriate staff. For this purpose, he always needed a special approval by the German Emperor. In order to save time, it was planned to give the Chancellor an authorisation by law. The outbreak of World War I prevented this reform for the time being.
The first great era of the Imperial Patent Office ended without mercy in 1913.

Women and other radical changes 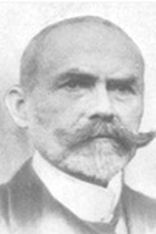 Less difficult reforms were introduced by a statutory instrument of 9 March 1917 aimed to facilitate patent matters, following the government bill of 1913. Tasks of the preliminary examiners and the application divisions were assigned to the new single examiner (technically qualified member) with regard to examination of patent applications and grant of patents. The appeal division was reduced from five to three examiners, of which two had to be technically qualified.

Chancellor Georg Michaelis initiated the decree of 21 October 1917, historically important for the office. The Imperial Patent Office became part of the Minister of Justice's remit. Until then, it was under the Department of the Interior. 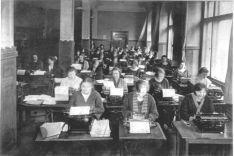 From 1919, the application figures were abruptly increasing. In 1917, there were 24,458 patent applications and 23,121 utility model applications. Already in 1920, the office received 53,527 applications for patents and 52,467 applications for utility models. This meant a significant overload of work for the examining sections, prolonging the processing times. The fact that priority dates and terms of protection of patents and utility models were extended by the war years at international level in 1920 was not of much help. This meant a deferment of the expiry of the protection term, for example, from 11 November 1915 to 11 November 1918. This change had to be fixed in writing for each concerned IP right. This was when the first central typing pool of the office was created: 20 typists working with mechanical typewriters.

As the German Empire collapsed, the era of the Imperial Patent Office also ended. On 24 March 1919, President Robolski ordered renaming of the office to Reichspatentamt (Patent Office of the German Reich).