Money & merchandise, or: When the going gets Duff

They are yellow, ugly, chaotic - and incredibly popular: in 1989, "The Simpsons" appeared for the first time on American television. 33 seasons and over 700 episodes later, the series is the most long-lived and successful in the United States. And a billion-dollar business worldwide, backed by the full range of intellectual property protection rights.

When the pilot was broadcast on the US television channel Fox on December 17, 1989, few people would have expected a long-term success for the Simpsons. The latently antisocial, proliferous, anarchic "white trash" cartoon gang differed too much from the bland, harmless family portrait of other American series. The then US President George Bush (senior) admonished his compatriots that they should rather take the "Waltons" as their role model than the Simpsons (the series makers later took revenge for this by making fun of Bush in a hilarious episode). 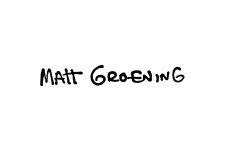 Why is the series about the fat, dumb nuclear power plant worker Homer Simpson and his family so popular? Because in its best moment it is unbeatably funny, original, witty and sarcastic. But above all, because teh cartoon offers something for everyone, just like a well-assorted box of chocolates: It blends lively elements from sitcom, musical, arthouse or action films. The many odd characters in this series, which is popular with all generations, are comparatively multi-layered; you can identify with some, distinguish yourself from others. Children enjoy the slapstick elements, the many "running gags" and the brightly coloured look. On the other hand, the often subversive or cynical humor of the series is aimed more at adults, who can also enjoy the numerous pop cultural references and allusions.

In the good moments, the Simpsons makers around Matt Groening (himself a brand: 004827176) succeed in creating a trenchant satire that uses black humor to target themes such as environmental pollution, religious double standards, philistinism, consumerism and the glorification of the "American way of life". 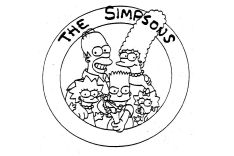 Some find that the biggest gag is that this subversive and satirical series runs on Rupert Murdoch's arch-conservative, humor-free channel Fox. But in fact, the Simpsons are the station's favourite children, because it is making millions with them. They have been the company's cash cow for 30 years, an inexhaustible source of licensing and merchandising revenue. Fox has registered numerous trademark rights relating to the Simpsons, e.g. 118360, 1184435, DD648048 with the DPMA; plus Union trademarks such as 000143248, 001521285, 002991586, 012720421. 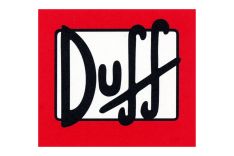 Main character Homer Simpson likes to drink a lot of beer in the series, preferably the (originally) fictitious brand "Duff beer". Numerous merchandising articles therefore show Duff beer cans. For reasons of youth protection, however, the makers of the cartoon always rejected real Duff beer as a merchandising product. But there is a licensed energy drink available under this name in the US.

When an Australian brewery introduced a "Duff" beer to the market in the 1990s, Fox went to court against it and won. A New Zealand brewery, named after its owner Duff, is said to have been forced to change its name by the media company.

Not enough of the Duff 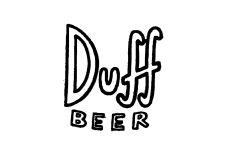 When a "Duff" beer came onto the market in Germany, Fox also took action against it. A German company had filed a trademark application with the DPMA and had its "Duff" produced by the Eschweg monastery brewery. Fox tried to have the trademark deleted at the DPMA and to stop distribution, but failed before the Federal Patent Court in 2004. The reasons for the decision stated:

Debate about the "Duff" 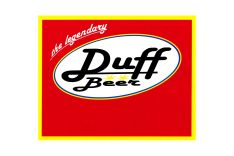 A legal dispute between two initially cooperating, then competing German "Duff" beer distributors over brand no. 39 901 100 was finally decided by the Federal Supreme Court in 2012:

"The general principles of the right-preserving use by a form differing from the registration also apply to a trademark which has a fictional origin (here: favourite beer of the main character of a cartoon series) and is used for real products by way of "reverse product placement". 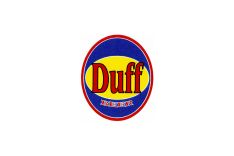 Accordingly, the relevant public for the assessment of the right-preserving use is not limited to that part of the consumer who knows the fictitious mark from the cartoon series. Rather, even in such cases the average consumer must be reasonably well informed and reasonably observant and circumspect"(

Accordingly, a Munich company is currently continuing to market its "Duff Beer" (brewed according to the purity law), but its logo, which was registered in 1999, differs significantly from the logo familiar from the series.

By the way, "duff" is a common adjective in North German meaning "dull".

The Simpsons as inventors and prophets

Homer Simpson wearing the outfit of the "Duff-Man"

In 30 years, main character Homer Simpson has experienced many adventures and tried his hand at numerous professions. In a pretty episode, he decides to become an inventor. But he soon despairs of never being able to catch up with "inventor king" Thomas A. Edison. Only when he finds out that Edison, too, always felt as second-best only behind universal genius Leonardo da Vinci , Homer is comforted (and leaves inventing to be).

The series has also acquired a reputation over decades for predicting certain developments. One example: In a 1995 episode, a figure speaks with her wristwatch - very long before the Smart Watch was developed.

Or: In an episode created in 2000, the adult Lisa Simpson becomes president of the USA. The first thing she has to do is eliminate the chaos left behind by her predecessor - Donald Trump. When Trump was actually elected president in 2016, the series makers had Bart Simpson write in the opening credits of the next episode: "Being right sucks".