What have we earned, Charlie Brown?
Peanuts: One of the most lucrative brands in pop culture

The creator of one of the world's best-known comic series would now have turned 100: Charles M. (for Monroe) Schulz, the father of "Peanuts." His illustrated stories about a handful of children and an unusual dog, which first appeared over 70 years ago, are still among the most valuable brands in pop culture.

Schulz drew and wrote a whopping 17,897 Peanuts comic strips in his lifetime. And he did so exclusively in person - he didn't let any studio or assistants work for him. He also wrote all the scripts for the Peanuts (DE 906560) television and cinema appearances himself. He could well have afforded employees: the Peanuts had made him quite rich - him and his heirs. Schulz is still very high up on Forbes magazine's "Highest-paid dead celebrities" list every year. Only the heirs of Elvis Presley and Michael Jackson earn more in royalties.

Charlie Brown, the lovable jinx - alter ego of the author 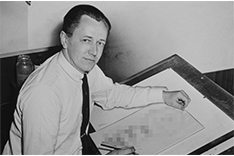 Schulz's path to fame and fortune was not laid in his cradle. His father Carl had immigrated to the USA from Stendal, his mother from Norway. Carl Schulz was a barber - just like the father of Charlie Brown, Charles Schulz's main character and alter ego. Charles, born on November 26, 1922 in Minneapolis, was a good student and took correspondence courses in drawing in his spare time. As early as 1937, a drawing of his was published. Its content: an episode from the life of his dog "Spike", a black and white mongrel, which he had got when he was twelve years old. Spike later became the model for perhaps the most famous cartoon dog in the world: Snoopy (DE 2036242).

During World War II, Schulz came to Europe as a soldier and was involved, among other things, in the liberation of the Dachau concentration camp. After his return, he worked in a Catholic publishing house as a speech bubble copywriter for the Christian comic magazine "Timeless Topix". But he also drew his own comic strips, a small series of which, revolving around a group of children, he was able to sell to the magazine. 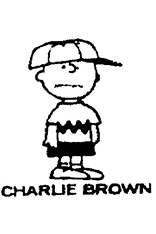 Encouraged by friends, Schulz continued to work intensively on his stories with children. "Li'l Folks" was the name he gave to the series, which were soon printed in a daily newspaper. In 1950, Schulz sent some samples of his work to a publisher in New York and received a contract.

On October 2, 1950, the first strip of a series appeared that would become world famous and would not end until his death almost 50 years later. But Schulz was (and remained) unhappy with the title: "Peanuts" had been suggested by some publishing salesman. Schulz, who throughout his life found this "totally ridiculous" and would have preferred to name the series after Charlie Brown, only grudgingly agreed at the time.

In 1950, seven newspapers published the Peanuts strips every day, each consisting of four pictures. Two years later, there were already 40 newspapers, and in 1956 more than 100. At the peak of success, Peanuts would eventually be published by around 2,600 media in 75 countries and 21 languages. 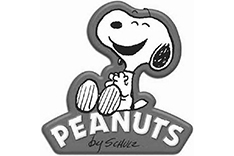 In the 1960s, Peanuts took the U.S. and soon the rest of the world by storm. In 1965, Charlie & Co made it on the cover of Time magazine and their first full-length TV movie was broadcast. The astronauts on the Apollo 10 lunar landing final test mission named their command module "Charlie Brown" and the lunar lander "Snoopy." In 1969, half of all Americans watched the Christmas special "A Charlie Brown Christmas" (EM 018317495) on television and the first Peanuts movie was released. Sales of Peanuts merchandising, which had begun with a few greeting cards in 1960, already exceeded $50 million that year, growing to $150 million in 1971. Sales continued to rise steadily until the 1980s.

Why did these comic strips become so successful? The humor of Peanuts is often rather quiet and subtle, melancholic almost. Their charm is based on the contrasting interplay of the funny, simple drawings and the often thoughtful, almost philosophical dialogues.

Indeed, fear and malice play a huge role in the American suburban world of the Peanuts. No, being a kid is no picnic here - social pressure, fear of failure, but also untamed childish cruelty, embodied above all in the character of Lucy (EM 00894781), are omnipresent. This abysmal quality is evident from the very first episode, in which a child confesses how much he hates Charlie Brown.

Adults never appear directly in the comics. But their pressures, expectations and power struggles are reflected in the children's social behavior. Whether in the classroom, on the baseball field, or on the roof of Snoopy's doghouse, we see them all chasing the American dream. It's a land where neuroses flourish. Schulz, who repeatedly emphasized that he was drawing for adults, not children, knew what he was writing about.

Waiting for the Great Pumpkin 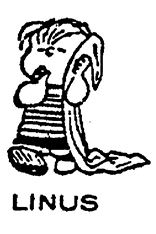 The children are trying to find escape strategies: Linus (EM 008947772)has his comforting "security blanket" and is hoping for the Great Pumpkin that is supposed to appear at Halloween (see EM 018317489). Schroeder devotes himself to his beloved Beethoven. Narcoleptic Peppermint Patty falls to sleep in critical situations. And earnest, unhappy Charlie Brown (EM 008947781) goes to the psychiatrist's roadside shack run by, of all people, his tormentor Lucy.

The only character who is allowed to go through life reasonably free of pressure of expectation is the most popular Peanuts character: Snoopy. The beagle is allowed to play many roles, especially as "Joe Cool", as a writer or as a flying ace in the First World War who hunts down the "Red Baron" (EM 008947715).

Half a century at the drawing table 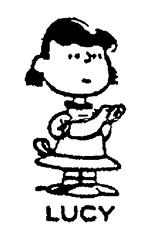 For almost 50 years, Charles M. Schulz drew and wrote a three- to four-picture strip all by himself for each day of the week; for Sundays, there were somewhat longer episodes. In 1999, he announced that he would cease his work. Only a few months later, on February 12, 2000, he died. The day after, the last of his strips appeared.

Although Schulz had stipulated that his work must not be continued, there were soon new Peanuts episodes again and an animated feature film in 2015. The trademarks, some of which were registered long after his death and today belong to "Peanuts Worldwide LLC," are too lucrative. This company is 20 percent owned by Schulz's heirs; the rest is shared by Sony and a company called "WildBrain". Thanks not least to the trademark protection, Peanuts is said to have generated billions in sales and to this day generates annual profits in the triple-digit millions.