Joseph Mohr´s autograph of the song, 1820

The song, its history and the trade marks

It is referred to as the “eternal song”: “Silent Night, Holy Night” (Stille Nacht, Heilige Nacht), probably the most famous Christmas song in the world. The song is sung all over the world in the most diverse languages and dialects. It is assumed that there are up to 300 translations, including a Klingon version. Practically all famous singers from pop to classical music have recorded it at some point. Bing Crosby's 1937 version alone sold up to 30 million copies.

All kinds of legends entwine around the origin of the song. People automatically associate it with a snow-covered village up in the Alps. But Oberndorf, where the song was first sung on 24 December 1818, lies in a rather flat area on the river on the edge of the mountains, a little north of Salzburg.

These were difficult times for the bargee village, whose inhabitants mainly lived from the salt transport on the Salzach river. The Napoleonic Wars had bled the country dry; the small border town belonged alternately to Bavaria, Salzburg and finally to Austria. The “year without summer” of 1816 with its climatic deterioration due to a volcanic eruption in Indonesia was followed by crop failures. Grain prices rose considerably; salt trade stagnated. These were times when people bitterly needed consolation. 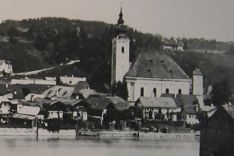 St. Nikola church in Oberndorf - where the song was first performed - was demolished at the beginning of the 20th century

Joseph Mohr from Salzburg wanted to give people comfort. The clergyman (1792-1848), born in the poorhouse himself, was strongly committed to the “ordinary people” in Salzburg. He is even said to sometimes have bought the prey of poachers, passing it on to the poor. In 1816, in Mariapfarr in Lungau county he wrote a poem, which evoked the joy of the birth of Jesus and the associated hope for people:

Two years later, Mohr was an assistant priest in Oberndorf and had made friends with the village school teacher Franz Xaver Gruber (1787-1863) from Arnsdorf, who earned an extra income as a local organist. On 24 December in the afternoon, Mohr gave his friend the poem and asked him to add music to it until the evening mass. Gruber came up with the ingenious, simple melody that every child knows today. In the evening, after the Christmas mass, the two men recited the song for the first time in St. Nikola church in Oberndorf: Gruber sang the tenor voice, Mohr sang the bass and accompanied it on the guitar. It was the world premiere of the “eternal song”.

The place of this magic moment no longer exists. Severely damaged by the many floods of the Salzach, the church (as well as a large part of the village) was later demolished. In 1935, it was replaced by the Silent Night Chapel (Stille-Nacht-Kapelle) with the original benches from St. Nikola.

A song goes around the world 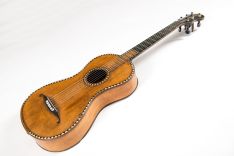 But how did this occasional composition come to world fame? The people from Oberndorf loved “their” new Christmas carol and from then on, they sang it for every Christmas mass. An organ builder who repaired the instrument in St. Nikola was so enthusiastic about the song that he wrote it down and passed it on. A few years later, some poor families such as the Strassers or the Rainer siblings from the Zillertal (Ziller valley) went on musical wanderings through Germany singing Tyrolean folk songs. Silent Night turned into their Christmas hit, which was thought to be a folk song. In Leipzig the song became famous in 1832 and rapidly spread all over the world.

In 1854, the Prussian King Friedrich Wilhelm IV wanted to know more about his favourite song and ordered research to be carried out. Franz Xaver Gruber learned about it rather accidentally and gave information about the origin of his composition. In the USA, “Silent Night, Holy Night” was still considered an old English folk song until the 1940s.

The song and the trade marks 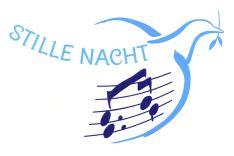 Of course, the popularity of the song tempts people to try profiting from it by means of IP rights. SalzburgerLand Tourismus GmbH recently secured a word/figurative mark (017025057), against which the “Stille Nacht Botschaft” in Oberndorf filed an opposition. The “Stille Nacht Botschaft” in turn had the word/figurative mark 006827703 registered in 2008, which particularly emphasizes the peace message of the song.

SalzburgMilch GmbH has filed for an EU trade mark for STILLE NACHT 017966639 for Nice class 29: milk products; cheese; cheese mixtures; milk. So we might have a silent night cheese in future.
In addition, recently, the Salzburg manufacturer of Mozart chocolates called Reber had the word marks “Reber Stille Nacht heilige Nacht” (302017024249) and “Reber Stille Nacht” (302018009852) registered. 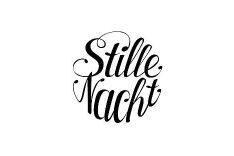 A bakery in Hallein (where composer Gruber lived and was buried) has secured the word mark “Stille Nacht Mäuschen” (009946252) and sells chocolates using this name.

The word mark includes an allusion to the anecdote according to which a guitar (at that time frowned upon as an instrument played in pubs) was used for the premiere of the song only because a mouse is said to have nibbled on the bellows of the church organ so that it was no longer usable.

In fact, certainly, Gruber and Mohr took the guitar simply owing to a lack of time. Their rather spontaneous action did not leave any room for larger preparations such as an organ composition.

Current exhibitions about the song

Especially for the anniversary year, the land of Salzburg has founded “Stille Nacht 2018 GmbH”, which has had “Stille Nacht” protected as international registration of a mark (1391919). Among other things, this society organised the national exhibition (

Landesausstellung) with which Austria is currently celebrating the anniversary of the song, which has been part of UNESCO's intangible cultural heritage since 2011. The national exhibition takes place at nine locations related to the song. These include, for example, Arnsdorf, which has the oldest school in the country, where Gruber may have composed the melody of the song, or Mariapfarr, where Mohr wrote his poem in 1816.

Joseph Mohr's poem has six verses only three of which are usually sung today. Below you can finally read verse four in which the peace message is particularly underlined: