Napoleon is one of the most famous figures in world history. No wonder that his name, which really is familiar to each and everyone, is used for numerous trade marks. With 174 registrations, "Napoleon" in DPMAregister clearly beats even his role model "Caesar", who "only" appears in 106 trade mark registrations. Among the historical personalities whose names are used for trade marks, only "Einstein" (the most famous patent examiner of all times) with 161 registrations can hold a candle to Napoleon. 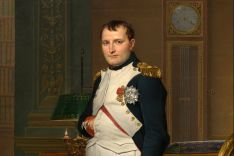 Yet Napoleon Bonaparte, who died on 5 May 1821, is not a likeable figure: his bloody wars of conquest cost countless people their lives. He betrayed the ideals of the French Revolution, which had made his meteoric military rise possible, by crowning himself emperor and attempting to establish a dynasty and hereditary monarchy.

On the other hand, however, he established important legal achievements of the revolution through reforms in administration and legislation. His "Code civil" still determines civil legislation in France today. In the conquered German territories, too, this "Code Napoleon" had a lasting influence on civil legislation.

Alcoholic beverages, above all 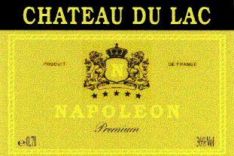 The dichotomy between the bellicose dictator, who at times ruled almost all of Europe, and the enlightened reformer and legislator makes Napoleon appear as a dazzling figure to this day.

„Bonaparte" is also registered as a word mark for French wines (DE1057977). An attempt to register "Chateau de Napoleon" for non-alcoholic beverages was rejected (EM016485501). However, there is a word-picture trade mark for a "Napoleon Mineralbrunnen"(DE30755555). 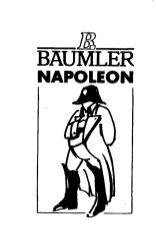 The cancelled alcohol trademarks include "Napoleon the Great Corsican" for French imported wines (DE878791), the "Kaiser Napoleon Bier" (DE397068484) and the trademark "Roy De Prusse COGNAC NAPOLEON" (DE1072168). The great Corsican would probably not have liked this one either, as the King of Prussia was his opponent. „NAPOLEON SPINNER DELUXE" would probably not have amused him either (EM018028626), a Dutch application for slot machines). 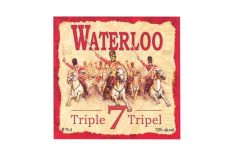 The site of Napoleon's perhaps greatest victory, "Austerlitz", is also registered as a trademark for alcoholic beverages (IR601570). Incidentally, 31 brands are currently named after the site of his greatest defeat, Waterloo, including a Belgian beer (IR1053694).

Sweets for the commander 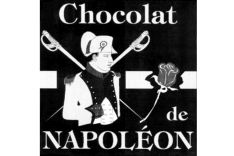 Apart from alcohol, sweets are often decorated with the name of the great general. A well-known chocolate manufacturer secured "Napoleon" as a word mark for filled chocolates from France (DE1021661). There is also an IR trade mark of the same name for sweets (IR897586). An ice cream trade mark was cancelled (DE305453939). Sweets are marketed under "Napoleon Energy"(EM010832491). And finally, a Bulgarian confectionery advertises its goods with "Napoleon - The Emperor's Choice!" (EM014653984).

From bread to fences 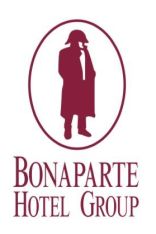 A manufacturer of expensive barbecue grills also names itself after him (EM008757445), as does a provider of tourist tours (EM013900733) on the island of Elba, where Napoleon lived in exile for some time in 1814 before suffering his Waterloo in a comeback attempt.

The cancelled Napoleon word marks include those for bread, snuff, cushions and opticians' articles; applications for cherries and sherry were rejected. 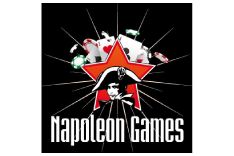 A Greek manufacturer has registered "Not tonight Josephine" as a trade mark for lingerie in 2020 (EM018287465). On the one hand, this alludes to a common saying in Great Britain, which refers to Napoleon, and on the other hand to the 1950s hit song "Yes tonight Josephine" by Johnny Ray. In this context, it should be mentioned that there is also a Napoleon word mark for condoms (EM010638005).

End on a lonely island 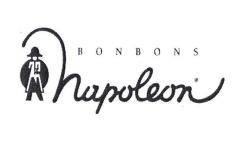 After his career had taken off since his first command as a general in the Italian campaign of 1796, Napoleon's luck began to turn with the attack on Russia in 1812. After a series of defeats, notably in the "Battle of the Nations" at Leipzig in 1813, he abdicated in 1814, but then returned for another 100 days before suffering his proverbial final defeat and being exiled to the island of St Helena in the South Atlantic. His supporters, the Bonapartists, remained a strong political force in France until the end of the 19th century. 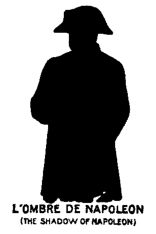 The great Corsican - who, by the way, contrary to popular belief, was by no means of small stature - died on the godforsaken island after a few years, after all hope of a return to power had finally been extinguished. He cast his political shadow over his entire century and far beyond. "L'ombre de Napoleon" - Napoleon's shadow - is incidentally also the name of another alcoholic beverage trademark application (IR179299).