The wondrous wonder maker of Bern

Without him, we would not know today that the ball is round and that a match lasts 90 minutes: Josef "Sepp" Herberger. The 125th anniversary of the football philosopher's birth is on 28 March.

Beyond all grassroots romanticism and Bernese miracle, it is clear that Herberger was one of the defining figures in German football history: as one of the best strikers of his generation and as the national coach who guided the fortunes of the national team for decades - with the most influential title win to date, the 1954 World Cup.

His life is a reflection of 20th century German history. Herberger, born on 28 March 1897 in Mannheim, grew up in the workers' housing estate "Spiegelkolonie" in the Waldhof district. Eight people in two rooms, Josef is the youngest child. His father dies when Herberger is eleven years old; he will feel responsible for his mother all his life. In 1911 he leaves school, keeps the family afloat as a labourer, learns to be a mechanic. But his passion is football. He kicks whenever he can. In 1915 he played his first competitive match - of course for his home team, the workers' club SV Waldhof, and against the bourgeois local rivals VfR Mannheim.

"The round has to go into the square" 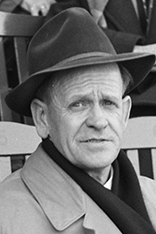 A few years later, Herberger would switch to precisely this local rival - a breach of taboo, a prelude to the increasing commercialisation of football, which has long since overshadowed everything else. Herberger joined the local rival team solely for the sake of filthy lucre, namely for a hand money of 10,000 marks, which was interpreted as a betrayal of his origins and brought him a lot of hostility; even his brother no longer spoke to him. Against the background of the poverty of his childhood, this step can perhaps be understood. But Herberger not only violated the unwritten laws of fan romanticism, but also the Amateurs Statute. He was reported and banned for life. However, he managed to get the ban reduced to one year.

He thus lost another valuable year of his active career, having been drafted in 1916 and served as a soldier in the First World War. Nevertheless, he had a remarkable career as a footballer in the 1920s. The "Kicker" once called him "the best centre-forward in Germany". Another trade journal wrote in 1925 that he was "the type of player who works with spirit, who does not play blindly, but considers his actions carefully". That described Herberger's mentality perfectly - and also that of his later favourite player Fritz Walter.

"Eleven friends you must be" 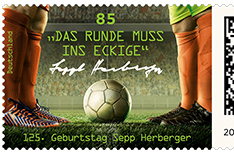 In 1930 he ended his career and became a coach. His first station was Tennis Borussia Berlin, where he was last active as a professional. He quickly recommended himself for higher tasks. His ability to come to terms with the respective political power structures was also helpful: Herberger joined the NSDAP in May 1933. In 1936 he became "Reichstrainer".

Herberger was a strict coach who promoted the professionalisation of sport in the modern sense: "Men, when the others in your club train on Tuesdays and Thursdays, you add Mondays, Wednesdays and Fridays. When the others think of their pleasure, you think of your fitness," Fritz Walter later quoted his "Chef"(boss). "If you want to make it in sport, your whole way of life has to be geared to it. It goes without saying that smoking, drinking and unwise eating are out of the question for a budding national player".

"Football is exciting because nobody knows how the game will end" 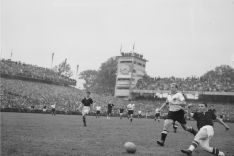 86th minute of the final: Ferenc Puskás takes a shot and scores to make it 3:3, but the equaliser is disallowed for offside

Herberger formed a first strong national team, the "Breslau-Elf" of 1937. Then in 1938, on Hitler's orders, he had to fill half the national team with players from the new "Ostmark" after the "Anschluss" of Austria. Forming a new team out of two good, but completely different teams, and on top of that with a filling quota - that rarely works out. That's why the 1938 World Cup was a disaster.

Because of the Second World War, Herberger's work as a coach was largely put on hold. As if it were a matter of course, however, he resumed his work for the reestablished DFB a few years later - he had only been classified as a "Mitläufer" (follower) in the denazification process. The working-class child of the Kaiserreich, the football star of the Weimar Republic, the "Reich coach" of the Nazi era now became the national coach of the young West German Republic.

Around his favourite player Fritz Walter, who had already been part of the national team during the Nazi era, Herberger built up a team from 1950 onwards that (as a glaring outsider) was allowed to take part in an international tournament again for the first time in 1954.

"The fastest player is the ball" 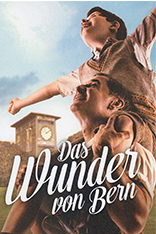 The rest is history, the greatest heroic saga of German football, often told and well known. At this point, we will only briefly touch on one aspect: Part of the folklore surrounding the miraculous final victory is that Adi Dassler's screw-in studs would have given the DFB team a valuable advantage. It was raining on the day of the final ("Dem Fritz sei Wetter", Walter´s favourite weather condition, for he could not stand heat), the turf was soggy, but Dassler exchanged the short studs on the shoes of Walter, Rahn & Co. for longer ones, which gave more security on the slippery ground, while the Hungarians slid more with their short studs and thus could not fully develop their superior playing technique.

Dassler is often thought to be the inventor of replaceable studs. In fact, however, Alexander Salot applied for the first patent. The shoe maker from Bremen had already registered his "football boots or the like with replaceable anti-skid studs"

DE815761B) with the DPMA in 1949. But Salot also had predecessors. You can find more information in our article "Screw-in studs: Who invented it?" or in our poster gallery of inventions (German language only).

"The goal is in the middle"

Inventions around the round leather: (hi)stories, innovations, milestones (in German only)

Winning the 1954 World Cup was Herberger's masterpiece and the highlight of his career. With rather mixed success, he remained national coach until 1964. His successor was not Fritz Walter, as Herberger would have wished, but his assistant Helmut Schön. On paper, Schön was much more successful as national coach, and to this day he is the only one to have won both the World Cup and the European Championship with his team. But the title win in Bern in 1954, often glorified as the "real birth of the Federal Republic", made Herberger, who died in 1977, forever unique.

His famous words of wisdom also contributed to this, these simple yet profound insights of a serene master, which are still part of today's treasure trove of quotations far beyond football: "The ball is round" or "After the game is before the game".

Every trade mark application must be thoroughly researched and prepared. Because the golden rule of Herberger also applies to every new brand creation and every new invention: "The next game is always the hardest."