Statistics around patents, trademarks and Co.

Number of the month: Germany leading Europe in hydrogen-related patents

Germany leads Europe in hydrogen-related patents. This is the result of a joint study by the European Patent Office (EPO) and the International Energy Agency (IEA). According to the report, the member states of the EU as well as Japan lead the way in patenting hydrogen, accounting for 28% and 24% respectively of all international patent families filed from 2011 to 2020. Within the EU, Germany leads (11%), followed by France (6%) and the Netherlands (3%). Read more on the

More numbers of the month

When buying your Christmas presents, you as consumers should be particularly careful. Because unfortunately, all too tempting offers sometimes turn out to be counterfeit. The global business with counterfeits amounted to 412 billion euros in 2019 alone. This corresponds to 2.5 percent of global trade. The most frequently seized goods are footwear, followed by clothing, leather goods, electronic devices and cosmetics. But goods that pose significant health or safety risks, such as pharmaceuticals and car parts, are also counterfeited on a large scale. 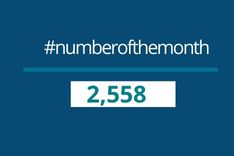 Number of the month November 2022
2,558 patent applications by independent inventors

For "Inventors' Day" (and of course we would like to make special mention of the female inventors) our number of the month: Last year, the DPMA received a total of 2,558 patent applications from independent inventors in Germany. This is a good 9 percent fewer than in the previous year. However, in 2020 the numbers had risen - apparently due to the pandemic - contrary to the long-term trend. The number of applications from independent inventors in 2021 is now picking up where it left off before Corona. 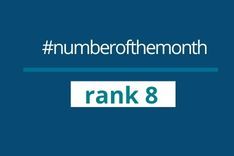 In the recently published ranking of countries in the Global Innovation Index (GII) 2022 of the World IP Organization (WIPO), Germany takes 8th place this year, improving by 2 places compared to the previous year. Germany's particular strengths include resident patent applications, traditional logistics and the size of its domestic market. According to WIPO, Germany is the world leader in these three indicators. 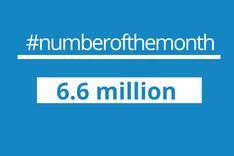 This year we celebrate 145 years of the German Patent and Trade Mark Office: Since its start on July 1, 1877, the Patent Office has received more than 6.6 million patent applications. Two anniversaries at once: In July 2022, the DPMA looked back on 20 years of paperless patent applications and, shortly before, the DPMA received the two millionth document relating to an IP right at the DPMA - a design application via DPMAdirektWeb. 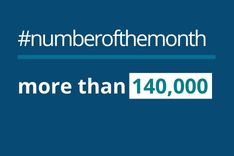 Number of the month June 2022
Our customer service team helped you more than 140,000 times

Our customer service team was able to provide you with information and advice more than 140,000 times in 2021. More than half of these inquiries - 59 percent - related to trademark protection. Nineteen percent of all customers who contacted our 2021 service had questions about patents. Eight percent inquired about utility models, and six percent about designs. More than half of the inquiries were made by telephone (around 52 percent).

"Customer service and electronic services" in our Digital annual report 2021