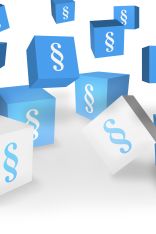 Autonomous driving is a dream that does not only occupy the thoughts of car manufacturers but also arouses the interest of legal experts because traffic law, too, has to keep pace with technology. Currently, autonomous driving is still a dream of the future: despite some test vehicles and test tracks with special approvals, the statutory framework has to be adapted first.
Under the current legal situation, the driver alone is responsible for the vehicle. This is based on an international treaty, the "Vienna Convention on Road Traffic" of 1968, which was aimed at making road traffic safer by standardising traffic regulations.
However, as early as 2014, the United Nations took a first step to amend the Vienna Convention: for the first time, it allows vehicle systems which influence the way vehicles are driven. This refers to technical systems that assist the human driver such as driver-assistance systems or automated driving functions. These must either be in conformity with the relevant United Nations technical regulations or must be designed in a way that they can be overridden or switched off any time by the driver. This amendment came into force for the Federal Republic of Germany on 23 March 2016.

The current revision of the Road Traffic Act

The German Bundestag passed an act amending the Road Traffic Act (Straßenverkehrsgesetz) on 30 March 2017 allowing vehicles with highly or fully automated driving function. According to Federal Minister of Transport Alexander Dobrindt, Germany thus has one of the "most modern road traffic laws worldwide". "We thereby give the same legal status to computer drivers as to human drivers." The Minister expects the future of automobiles to change sustainably.

The Federal Government considers automated driving systems a means to enable individual mobility also for elderly people. It hopes for a significantly lower number in road traffic accidents in future. Human error is the cause of 90% of today’s accidents, according to the Minister of Transport. The Minister’s expectations are that automated driving might also lead to a considerable decrease in traffic jams, in time spent for finding a parking slot and in environmental damage.

However, the said act also stipulates that the human driver remains the vehicle operator even when using highly or fully automated driving functions at all times and must assume control any time it seems necessary or the system requests him to do so. Consequently, it does not govern fully autonomous driving where there are only passengers.

An important issue regulated in the act is the question of liability. "If the vehicle is operated in the automated modus, it is obvious that liability lies with the producer, not the human sitting in the vehicle," Dobrindt explained during the Bundestag discussion on the act. In order to be able to ascertain who drove the car following an accident, a "black box" will record data in the car. 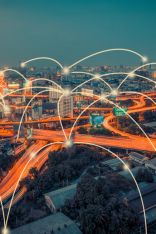 Fully autonomous driving also raises some ethical questions, which have to be solved. While the human driver reacts by instinct, the autonomous vehicle acts according to fixed algorithms and considering all factors. The producers thus hope that autopilots will have a drastically lower number in accidents compared to human drivers. But how does this automatic decision-taking process need to be pre-programmed in order to be up to do justice to an extreme situation, where, for example, a decision has to be made between two unavoidable accidents both involving injury to persons? As early as during the development of the car, it must be defined how the vehicle would "decide" in such a case – and this leads to ethically and technically complicated questions.
The German Federal Government has therefore set up an ethics commission chaired by former judge of the Federal Constitutional Court Udo Di Fabio to discuss ethical issues in relation to the basic principles of automated driving. It presented its report at the end of June 2017. However, it does not conclusively answer ethical questions.

Impact assessment of accidents is not capable of being standardised

"Genuine dilemmatic decisions, such as a decision between one human life and another, depend on the actual specific situation, incorporating "unpredictable" behaviour by parties affected. They can thus not be clearly standardized, nor can they be programmed such that they are ethically unquestionable. Technological systems must be designed to avoid accidents. However, they cannot be standardized to a complex or intuitive assessment of the impacts of an accident in such a way that they can replace or anticipate the decision of a responsible driver with the moral capacity to make correct judgements."

The commission therefore suggests establishing an independent public sector agency ("a Federal Bureau for the Investigation of Accidents Involving Automated Transport Systems or a Federal Office for Safety in Automated and Connected Transport") to systematically process the lessons learned. It also demands that the technology must be designed in such a way that critical situations do not arise in the first place.

The commission is absolutely clear about the question of deciding what is the "lesser evil": “In the event of unavoidable accident situations, any distinction based on personal features (age, gender, physical or mental constitution) is strictly prohibited. It is also prohibited to offset victims against one another. General programming to reduce the number of personal injuries may be justifiable. Those parties involved in the generation of mobility risks must not sacrifice non-involved parties."

The commission deems "a statutorily imposed obligation to use fully automated transport systems [...] ethically questionable if it entails submission to technological imperatives (prohibition on degrading the subject to a mere network element)."

Protection of data is of great importance to the commission: "The complete connectivity and central control of all motor vehicles within the context of a digital transport infrastructure is ethically questionable if, and to the extent that, it is unable to safely rule out the total surveillance of road users and manipulation of vehicle control."

It underlines autonomy and sovereignty of road users: "It is the vehicle keepers and vehicle users who decide whether their vehicle data that are generated are to be forwarded and used." According to the commission, it must be made sure data disclosure always remains voluntary and does not become practically compulsory due to the "normative force of the factual" – as with data access by the operators of search engines or social networks.

Summary: The mobility of the future

Despite its lack of acceptance and the fact that legal issues have not been conclusively clarified, autonomous driving will certainly be the mobility of the future, because it offers many advantages: More comfort, less stress, lower fuel energy consumption and thus less environmental pollution, optimised traffic flow, age-independent mobility and, above all, more road safety. This mobility of the future will be made possible primarily by corresponding innovations from Germany: Domestic car manufacturers and suppliers are at the forefront of international comparison both in registrations in recent years and in the patent portfolio.

Continue with part 3: Facts and figures