"Guarantors of stability during the crisis"

Creative women and many ideas concerning protective clothing: Against the trend, independent inventors filed more patent applications in 2020 than in the previous year – new services offered at www.dpma.de

Munich. Independent inventors’ innovative power was unbroken during the COVID-19 situation. Against the trend, the German Patent and Trade Mark Office (DPMA) received even more patent applications from this group in 2020, the year of the crisis, than in the previous year. A total of 2,819 applications meant a 2.8% increase. "Last year, the independent inventors proved to be guarantors of stability at a difficult time,” said DPMA President Cornelia Rudloff-Schäffer. “These figures show once again that crises are often drivers of creative developments."

The slight increase was caused by, among other factors, women’s stronger activity. Last year, the share of applications by women in the total number of applications by independent inventors was 7.9%, i.e. exactly one percentage point more than in 2019. What is striking is that the increase in the technology classes to which face masks and protective clothing are attributed was particularly strong. Due to the COVID-19 pandemic, there was a particular demand for technical solutions in these fields. The DPMA evaluated the data on the occasion of the

Bavaria and Saarland lead the rankings in absolute numbers and per 100,000 inhabitants, respectively 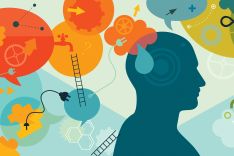 With 36.1%, the lion’s share of patent applications filed by independent inventors with the DPMA was in the field of technology "Mechanical engineering", followed by "Other fields" (27.2%), which includes face masks and protective clothing. The third place went to the field "Instruments"(14.8%), the fourth and fifth places to "Electrical engineering" (11.1%) and "Chemistry" (10.2%).

To provide more support to independent inventors, the DPMA now offers specific information services (for now only in German) on its website. Use the “Services” tab on our homepage to go to our "Independent inventors" pages. In addition to information about the individual IP rights and the application procedure, these pages contain useful links and provide information about consultations and the option to grant licences for patents.
Independent inventors’ work is independent of companies or research institutions. The DPMA attributes applications in which the applicant and the inventor are the same person to this group. Such independent developers have always come up with important inventions. In some cases, these were the cornerstone of large companies. Some examples from the past such as the expansion plug, the Falk map and the car wash are shown in our Postergalerie (in German).