Air taxis and Co.: Steep rise in the number of innovations

DPMA analysis: Threefold increase in patent applications relating to Urban Air Mobility within five years – number of German inventions is soaring – four in ten applications for the German market originate from the USA – DPMA President: Dynamism points to important market of the future 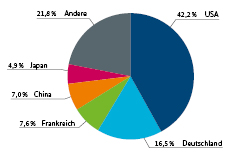 Infographics on Urban Air Mobility for download (only in German)

Munich. Innovation activity in Urban Air Mobility has increased rapidly over the past five years. In 2020, almost three times as many patent applications with effect in Germany were published in this field of technology as in 2016. German companies have recently made a big leap forward in terms of the number of inventions applied for regarding air taxis and other forms of Urban Air Mobility, as shown by a recent analysis conducted by the German Patent and Trade Mark Office (DPMA). "A few years ago, the scenario of air taxis was not taken quite seriously by many people," comments DPMA President Cornelia Rudloff-Schäffer. "In addition to considerable sums of venture capital flowing into this technology sector, the rapid growth in innovation activity now shows that this is an important market of the future."

While in 2016 a good 200 published patent applications with effect in Germany were broadly attributable to Urban Air Mobility, their number rose to nearly 600 in the past year. In total, more than 1,900 such applications were published in the last five years. More than four in ten inventions originated from companies in the USA (42.2%). Thus, the US has a higher share than Germany (16.5%), France (7.6%), China (7.0%) and Japan (4.9%) combined.

From a German perspective, the extraordinarily high filing activity in the past year is strikingly positive: In 2020, a good 120 inventions by German applicants were published – more than twice as many as in the previous year (+ 102.4%). Many other countries also published significantly more patent applications compared to the previous year, while the number of applications from the USA remained at the very high level of the previous year. "At first glance, American companies play a dominant role in Urban Air Mobility," states the DPMA President. "Measured by the number of patent applications, Germany also seems to be well positioned to tap the new market."

The analysis takes into account published patent applications filed with the DPMA and the European Patent Office in respect of which protection was sought for Germany.
Patent applications are published after 18 months. The IPC classes listed in the attached table were taken into account for the analysis. As there is neither a separate IPC class nor a generally applicable, clear definition for the technology field of Urban Air Mobility, the analysis can only provide an approximation of the actual situation.

The concept of Urban Air Mobility describes the expansion of urban mobility into the air. Most of the aircraft used are what are known as multicopters – vertical take-off aircraft with multiple rotors. One of the major challenges in developing these aircraft is the high power demand for vertical take-off and landing. It is an inherent characteristic of aircraft that generate lift through downward pointing rotors and propellers, even in cruise flight, that they require a relatively large amount of energy. Consequently, a large proportion of the patent applications relate to energy supply and storage systems. The applications also reveal a clear trend in the design of additional wings to generate aerodynamic lift in cruise flight. Furthermore, it is evident that applications are aimed at the interaction of aircraft with ground facilities, for example with landing areas or airport terminals and service stations.