Information on the amendment of the European Union Trade Mark Directive

Amendments of the Trade Mark Act

After intensive preparatory work done by the Federal Ministry of Justice and Consumer Protection combined with expert support by the German Patent and Trade Mark Office (DPMA), the Trade Mark Law Modernisation Act (Markenrechtsmodernisierungsgesetz), and thus the amendment of the Trade Mark Act to implement the TMD, is currently undergoing the legislative process and is expected to enter into force on 14 January 2019. The aim is to transpose all mandatory and a large number of optional provisions of the TMD into German law.

Overview of the most important changes

What is planned for 14 January 2019? It is true that the planned amendment of the Trade Mark Act does not constitute any fundamental revision, but it contains some significant changes to German trade mark law. Insofar as the government draft of the Trade Mark Law Modernisation Act passes the legislative procedure without modifications, the following changes will be implemented in German trade mark law:

Whereas trade marks in the register previously had to be capable of being represented graphically, in future it will suffice if they can be clearly and precisely determined. This change in representation aims to meet the market needs for modern trade mark types and also takes into account the technical possibilities of representing a trade mark in electronic registers. In the future, for example, sound marks, multimedia marks, holograms and other types of trade marks in suitable electronic formats may also be registered as trade marks, provided there are no grounds for refusal. 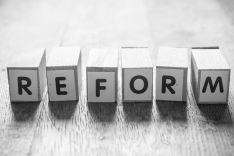 A certification mark must be described as such when the trade mark application is filed. It must be capable of distinguishing goods or services which are certified by the proprietor of the mark in respect of material, mode of manufacture, quality, accuracy or other characteristics of goods or performance of services, from goods and services which are not certified accordingly. The certifying character of the mark must result from the representation of the sign. The trade mark proprietor must provide information – in particular on the guaranteed characteristics of the goods, the conditions of use and the testing and monitoring measures – in the mandatory regulations governing use of the trade mark.

Geographical indications and designations of origin, in particular for foodstuffs, wines and spirits protected under national or European legislation or conventions, have now been explicitly introduced into the Trade Mark Act as absolute grounds for refusal. In addition, protected traditional terms for wine as well as traditional specialities guaranteed with regard to foodstuffs will, in the future, also have to be considered as absolute grounds for refusal during the application procedure or invalidity proceedings. Trade marks containing such indications, directly or indirectly, may be registered only for goods expressly conforming to the specification. In addition, variety denominations enjoying protection in Germany or the EU, under national or international legislation, may also conflict with the registration of an identical trade mark or a trade mark which represents the essential elements of the variety denomination.

From 14 January 2019, Licences are entered in the register upon request. The entry includes information on the licensee, the type of licence and restrictions, if any. The registration, amendment and cancellation of a licence in the register will be subject to a fee. It is now also possible to record licenses for trade marks for which protection was extended to Germany in the international register. The holder of an exclusive licence himself/herself may also bring an action before the ordinary courts for trade mark infringement if the proprietor of the trade mark himself/herself does not bring an action within a reasonable period of time after being formally requested to do so. In addition, upon request, trade mark applicants and proprietors may have an entry included in the register about a non-binding declaration of their willingness to license or sell/transfer their trade mark. The entry is free of charge and this willingness may be withdrawn at any time.

The German Patent and Trade Mark Office (DPMA) has now brought the calculation of the duration of protection, pursuant to Section 47(1) of the Trade Mark Act (Markengesetz), into line with the practice of the European Union Intellectual Property Office (EUIPO).

Reclassification was abolished. If the division into classes of goods and services is altered after the filing date, the classification will not be adjusted upon renewal of the trade mark, neither at the request of the proprietor nor ex officio.

The system applied to opposition proceedings will change: Whereas in the past, filing an opposition was only possible on the basis of an opposing sign, the holder of several earlier rights is now able to assert them by lodging a single opposition. As before, it is possible to decide jointly on several oppositions. At the same time, the opposition options will be expanded: For example, protected geographical indications and protected designations of origin will constitute new, additional grounds for opposition.

The opposition fee is brought into line with the new system and the increased effort involved, but is generally still well below the fees charged by the European Union Intellectual Property Office (EUIPO). While the fee for an opposition is currently 120 euros, it is 250 euros from 14 January 2019. As before, this amount covers one opposing sign. For each additionally asserted opposing sign, a further 50 euros is payable.

In order to facilitate negotiations between the parties to the proceedings, a period of at least two months will be granted at their joint request to reach an amicable settlement ("cooling-off"). This period may be extended by a joint request.

The second objection of non-use with the moving period of use pursuant to Section 43(1), second sentence, of the Trade Mark Act is repealed. For these cases, however, cancellation proceedings due to revocation (new: "revocation proceedings") are still available. Proof of use is required instead of making a plausible case, but this can also be provided by means of an affirmation in lieu of an oath. This has so far also been the main means of making a plausible case. The five-year period for which proof of use of the opposing trade mark must be furnished begins five years before the filing date or the priority date of the challenged trade mark, instead of the five years before the date of publication of the registration of the challenged trade mark, as currently applicable. Thus the period of use that must be proved corresponds to the rule in European Union trade mark law.

These changes will also apply to oppositions within the framework of the procedure for the extension of protection of international registrations of marks to the territory of the Federal Republic of Germany.