Deutscher Zukunftspreis 2016: nomination of a team proposed by the German Patent and Trade Mark Office

Munich. They have reached the final round of the Deutscher Zukunftspreis 2016: the three nominated teams have been presented to the public during a press conference at the Deutsches Museum in Munich today. One of the three nominees is - as last year - a team proposed by the German Patent and Trade Mark Office (DPMA) with a trendsetting invention. The team consists of Dr Carsten Setzer of Osram GmbH and Christian Amann of BMW Group with their innovation "Laser light in cars - throwing light on a safer future". 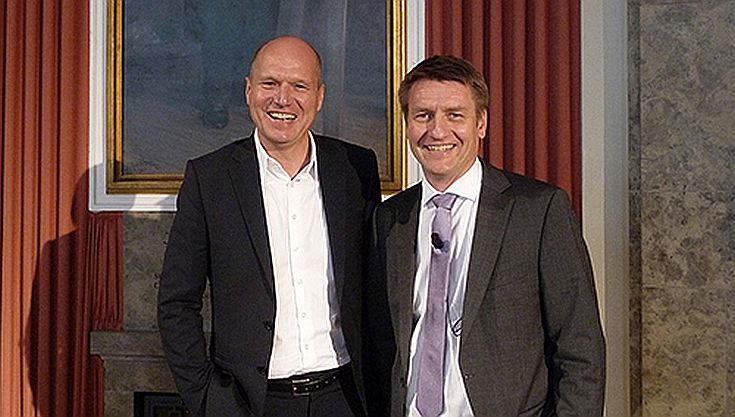 Christian Amann and Dr Carsten Setzer's project, which was selected by the jury for the "circle of the best", the final round of the Deutscher Zukunftspreis 2016, relates to the development and market launch of the worldwide first laser headlight. For the first time, an energy-efficient white light source with ultra-high luminance based on blue laser light with newly developed conversion materials resisting high temperatures was realised for automobile applications. The new headlight is characterised by twice the beam range of a conventional headlight, which increases safety and driving comfort.

"The renowned Deutscher Zukunftspreis, the Federal President's award for technology and innovation, is to recognise research projects and scientific creativity at the highest level every year. All teams that have been nominated today for the Deutscher Zukunftspreis 2016 represent the great innovative power of our country," says Cornelia Rudloff-Schäffer, President of the DPMA.

For more information on the three teams, please go to

Deutscher Zukunftspreis 2016 - the Federal President's award for technology and innovation
The Deutscher Zukunftspreis with prize money of 250,000 euros will be awarded for the 20th time this year. Large German scientific and trade associations as well as institutions propose particularly innovative researchers and their work. Decisive for the nomination are the scientific/technical degree of innovation and the potential to create sustainable jobs with this achievement. The eleven-member expert jury's criteria are the scientific value as well as the projects' importance to economy and society. The jury takes the decision on the winner directly before the presentation of the awards by the Federal President in Berlin on 30 November 2016.

The DPMA is the federal centre of expertise in the field of IP protection in Germany. With a staff of over 2,500, it is the largest national IP office in Europe and the fifth largest national patent office in the world. The staff based at locations in Munich, Jena and Berlin grant patents, register trade marks, utility models and designs, and manage these IP rights. In addition, they provide information on IP rights to the public. For more information on the DPMA, please go to https://www.dpma.de.