Biotechnology is one of the most interesting and complex challenges for the patent system. Biotechnology means the use of biological material such as enzymes or cells for technical purposes, for example, to obtain medicinal products.

Biotechnology does not only bring together technology, law and industry in the patent system. Ethics and morals also play a major role and influence legislation. For example, the German Genetic Engineering Act (Gentechnikgesetz) regulates research; the German Embryo Protection Act (Embryonenschutzgesetz) and the German Stem Cell Act (Stammzellgesetz) may restrict patentability of biotechnological inventions. The EU Biotech Directive (also often referred to as the Biopatent Directive) and its transposition into the German Patent Act (Patentgesetz) established the legal framework for the patenting of biotechnological inventions. However, due to the rapid scientific progress in molecular biology, the patent system is constantly facing new challenges.

Fields where biotechnology is used

“Green” biotechnology concerns plant applications, e.g. for agricultural purposes. “Red” biotechnology deals with medical-pharmaceutical applications, that is, with obtaining medicinal products and diagnostic agents. “White” or industrial biotechnology comprises, for example, production methods for chemical compounds in the textile and food industries. Other types are “blue” biotechnology, which deals with the use of sea organisms, and “grey” biotechnology in the field of waste management (wastewater treatment plants, removal of contaminants in soils, etc.).

“Green” and “red” biotechnology pose particular ethical challenges to patent law. Some granted patents in these fields were critically viewed by the public. Famous examples are the methods relating to the “onco-mouse”, the “Broccoli” patent or the controversy over a patent on a diagnostic method for breast cancer. 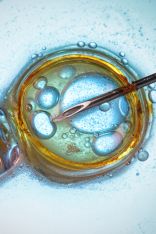 Inventions relating to biological material are, as a rule, eligible for patent protection. “Biological material” means any material containing genetic information and capable of reproducing itself or being reproduced in a biological system (Sec. 2a(3) no. 1 Patent Act).
There are special provisions in the Patent Act concerning humans. The human body, at the various stages of its formation and development, including germ cells, cannot be patented (Sec. 1a Patent Act). Likewise, processes for cloning human beings, processes for modifying the germ line genetic identity of human beings and uses of human embryos for industrial or commercial purposes are excluded from the grant of a patent (Sec. 2 Patent Act).

Many modern medicinal products are based on biotechnology. One of the first medicinal products based on genetic engineering was human insulin for diabetics, which has been constantly further developed in the course of time – many times enjoying patent protection. Other patented medical inventions enabled, for example, DNA profiling and paternity tests. Blood transfusions became safer thanks to patented tests for diseases. Many medicinal products against cancer and autoimmune diseases are nowadays based on human genetic sequences. Patent protection allows producers to compensate their often very large investments in research and development. Eight of the ten best-selling medicinal products in 2014 were of biological origin and protected by patents.

Worldwide, there are approximately 200 medicinal products developed from human genetic sequences. This required immense research efforts. In order for a gene to be able to be used for the preparation of a medicinal product, an appropriate part of this gene first has to be isolated from the organism and its function has to be clarified. This is technically difficult, takes time and should therefore be rewarded with patent protection.

Under patent law, patenting of plants or animals with properties changed by genetic engineering or other technical measures is admissible. The fruits of plants and the subsequent generations of animals may be covered by patent protection (Sec. 9a Patent Act).
Plant and animal varieties, however, are not patentable, neither are “essentially biological processes” for the production of plants and animals. In Germany, plants and animals exclusively produced by “essentially biological processes” are also excluded from patent protection (Sec. 2a(1) no. 1 Patent Act). This is due to the fact that agriculture continues to depend on constant further selection of varieties and on free access to a broad genetic pool (all genetic variations of a population), which should be limited only as little as possible by patents.

This view seems to be gaining acceptance at the European level too. On 29 June 2017, the Administrative Council of the European Patent Organisation decided to amend Rules 27 and 28 of the EPC Implementing Regulations in analogy to the provisions of the German Patent Act by providing to exclude from patentability plants and animals obtained exclusively by means of an essentially biological process.
The new provisions entered into force on 1 July 2017 (OJ EPO 2017, A56). The decision is intended to give due consideration to the European Commission's Notice of November 2016 (OJ EPO 2016, A104 ) on the interpretation of Directive 98/44/EC of the European Parliament and of the Council on the legal protection of biotechnological inventions. As a result of this Notice, the European Patent Office decided at the end of 2016 to "stay all examination and opposition proceedings in which the subject matter of the invention is a plant or an animal obtained by an essentially biological process". As a result of the decision of the Administrative Council, the stay was released with effect from 1 July 2017 so that it was possible to resume the examination of the patent applications concerned (OJ EPO 2017, A62 ).

An example of the enormous range of other uses of genetic engineering is the application of luminescent genes for medical diagnostic methods (in perspective, this approach can go as far as luminescent trees, which might one day make street lighting superfluous).
Another example of application is the use of a human enzyme, lysosomal acid lipase (sebelipase alfa), for treating children with a rare but deadly disorder (lysosomal acid lipase deficiency). It is produced in a biotechnological procedure in the eggs of transgenic chickens.