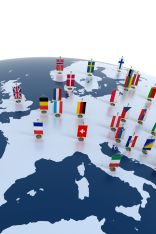 Any person may give notice of opposition within nine months of the publication of the grant. A European patent is revoked if important requirements for patent grant, such as patentability, are not met. The patent may also be partially revoked. It is possible to lodge an appeal from the decisions of the examining and opposition divisions with the boards of appeal established at the European Patent Office.

Detailed information is available on the website of the European Patent Office at www.epo.org.