Possibly no one in this country has done as much for research and science as the Maus. She has awakened curiosity in whole generations to find out what lies behind things. For half a century, the "Sendung mit der Maus" has stirred up a thirst for knowledge in children and inspired them to research, develop, discover and invent.

No question is too big or too small for the mouse, and she finds answers to all of them that make sense to young and old alike. The Maus, who always looks a little sleepy, made her first television appearance on 7 March 1971, when the WDR (West German Broadcasting) allegedly wanted to create a more serious counterpart to the freshly imported, slightly rowdy "Sesame Street" with "Lach- und Sachgeschichten". The result was probably the smartest programme on German television ever.

The creators of the mouse 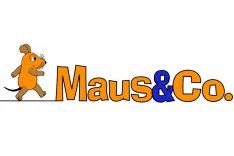 The mouse had several mothers and fathers. It owes its appearance to the designer and graphic artist Isolde Schmitt-Menzel, who first drew the orange-brown mouse for a picture story. WDR commissioned the animator Friedrich Streich (1934-2014) to animate the chubby, cosy mouse with the googly eyes. Streich brought the mouse to life, gave it its characteristic facial expressions and gestures. And he gave the lonely mouse a faithful companion: in 1975 the little blue elephant joined the programme, which has been named after the mouse since 1972. In 1987, Streich also developed the yellow duck, which has been a regular guest ever since.

The mouse does not speak, but communicates through characteristic sounds introduced by Joern Poetzl. The famous eye-blinking sound, for example, is produced with castanets. When the mouse walks, we hear two coconut shells hitting each other.

The title music, which probably everyone in this country can hum along to, contributed significantly to the success story of the mouse. It was written by Hans Posegga (1917-2002), an important composer who, in addition to film music, also wrote many classical works and jazz.

"Sounds funny, but it's true" 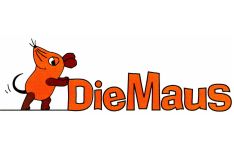 But the best-known father of the mouse is Armin Maiwald, who conceived the programme 50 years ago at WDR together with Dieter Saldecki and Gert Kaspar Müntefering. Since then, his unmistakable voice has been as much a vital part of the programme as Posegga's intro and the castanet blink of the mouse. It is above all his ability to explain in a succinct manner even the most complicated contexts in a coherent and effortless way that has earned the programme its fame and awards. His characteristic explanatory style is often copied or parodied to this day and is even mentioned in patent applications (cf.

Alongside Maiwald, Christoph Biemann has been part of the Maus inventory for decades, the man with the moustache and the green jumper. The team was once rejuvenated with Ralph Caspers; today he has also been a permanent Maus man for over 20 years. Other younger presenters are now on board and are inspiring new generations for Die Maus.

Die Maus as a career springboard

All the little and big questions

The non-fiction stories are often devoted to the small technical wonders of everyday life: How does a Velcro fastener work? How does the picture get on the photo mug? Why does a crown cap have prongs? How do ticket machines, remote controls and bottle recycling work? The mouse knows.

But Armin, Christoph & Co. can also casually explain highly complex topics: What is behind pumped-storage power stations, vacuum bridges, parabolic flight or catalytic converters? What was the Varus Battle about? And what did a childhood in the post-war period feel like?

No subject is too difficult for the Maus makers to tackle in their factual stories. Legendary is the "Atom-Maus", first broadcast after Chernobyl, in which a chain reaction was illustrated with the help of mousetraps and ping-pong balls. Many a young Maus fan was so impressed that he later studied physics. For example, "mouse-tronaut" Alexander Gerst, who twice took it with him as a stuffed animal to the ISS and reported from space for the programme. And that wasn't even the mouse's first rocket journey: Klaus-Dietrich Flade had already taken it into space in 1992.

The Maus is timeless, but still moves with the times, says WDR CEO Tom Buhrow on the anniversary of his superstar, who now cavorts on a wide variety of platforms. The mouse is to be seen in almost 100 countries, which would make it one of the most successful German television productions ever. To mark the anniversary, the Maus is being duly celebrated - with special programmes, a 20-euro special coin and its own jubilee stamp.