John Winston Lennon would have turned 80 years old on October 9th – Lennon, the founder of the greatest band of all times, icon of the peace movement, global brand. He is one of the most famous personalities of the 20th century and one of the most successful composers in pop history: in the USA alone, he has topped the charts 25 times.

He wrote many of his number one hits together with Paul McCartney, with whom he formed the most famous and influential songwriting team in history. In all rankings of the greatest singers, composers or guitarists of rock, he is found near the top oft he list - often only overtaken by his colleague McCartney or their joint band, the Beatles.

But the fact that John Lennon is still present 40 years after his cowardly assassination has not only to do with music. Lennon was a multi-faceted personality and a busy artist who drew originally, wrote poems and books and, together with his second wife Yoko Ono, tried out avant-garde art. However, he is even more strongly remembered as an activist for peace, who wrote the most beautiful song for all those who can imagine a fairer world.

A childhood in the shadows

In one of his greatest songs, „In my life“, Lennon remembers peoples and plaes of his childhood:

There are places I'll remember
All my life, though some have changed
Some forever, not for better
Some have gone, and some remain
All these places had their moments
With lovers and friends, I still can recall
Some are dead, and some are living
In my life, I've loved them all

Lennon's childhood and youth was marked by loss: His father, a sailor, abandoned the family and disappeared. His fun-loving, overburdened mother, under pressure from the family, left young John to her older sister Mimi. Her husband George Smith was a loving foster father, but he died early. When the pubescent John was just beginning to rebuild a relationship with his mother, she was run over. A few years later, just before the Beatles grew up, John's close friend Stuart Sutcliffe, who had played bass in the band, died.

Especially the death of his mother was a traumatic event, which Lennon would later work through in several songs. No wonder he was a difficult, unfathomable young man:
„I was the one who all the other boys' parents – including Paul's father – would say, "Keep away from him" ... The parents instinctively recognised I was a troublemaker, meaning I did not conform and I would influence their children, which I did. I did my best to disrupt every friend's home“.

All the way to the top 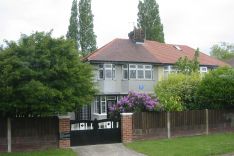 "Mendips", 251 Menlove Avenue, Liverpool, where Lennon grew up with his aunt Mimi

The young John saw himself as an outsider, as an artist and musician. His aunt Mimi, who wanted to prepare him for a bourgeois-brave life, did not think much of his ambitions:
"The guitar's all very well, John, but you'll never make a living out of it." Later she is said to have pinned this sentence on a wall of the house that John bought her from his music millions.

After a hard "training" in the music cellars of Liverpool and Hamburg, Lennon rose with the Beatles to perhaps the most famous rock star of his time. He was one of the first to write thoughtful, sophisticated lyrics that went far beyond the usual "boy meets girl" lyrics of the industry: "Nowhere Man", "A day in the life", "God", "Revolution", "Help!" or "Strawberry fields forever" (Bob Dylan, who inspired Lennon, made it all the way to the Nobel Prize for Literature!). But at some point he became less and less interested in the band and looked for new challenges. The Beatles broke up and Lennon took a different path.

Lennon and the brands 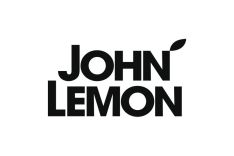 The Beatles, their managers and record companies undoubtedly earned a lot of money. But it could have been even more if they had worked with industrial property rights early on to control the proliferation of Beatles products. Today, bands have been earning excellent money with their licensed merchandising products for a long time; back then, hardly anyone thought about it.

It was not until decades after "Beatlemania" that the former band members (or their heirs) had the idea of protecting their famous names as trademarks: "John Lennon" had widow Yoko Ono registered as a word mark for various Nice classes in 2016 (EM015697022, EM015712987). For example, there is a licensed glasses collection called "John Lennon Eyewear".

Curiously, Ono also registered a word/figurative mark "John Lemon" (EM012073979) - perhaps to beat a fun fruit seller to the punch?). Ono's trademarks also include "Imagine peace tower". This is the name of her beam installation in Iceland, which shines into the night sky outside Reykjavik every autumn between the days of Lennon's birth and death (EM007444656). 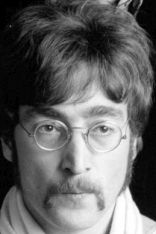 The Beatle and the patents

A world without Beatles?

What would an eighty-year-old John Lennon look like today? The British comedy "Yesterday" (2019) showed it. However, Lennon there is not John, the ex-Beatle, but a simple, age-wise retired sailor - the Beatles were erased from history in this film, according to the basic idea of the story. But what would the world be without them!

"For example, in the 1960s, one of the Beatles, John Lennon, discovered that he could create a distinctive sound by distorting the sound of a tape played on a reel-to-reel tape deck. This musical technique, which he called "flanging," spurred several engineers to develop methods for electronically imitating the effect". 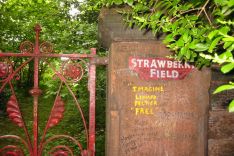 Old entrance gate to "Strawberry Field", an orphanage in Liverpool immortalized by Lennon in a song

In addition, several inventors used Lennon or the Beatles to explain the functional principle of their developments. A typical example is

DE102014203540A1("Systems and procedures for controlling a dialog context in speech systems"). Here is an extract from the patent specification:
"[0033] In the following another example is presented, in which the information which the user has to correct for an incorrect dialog path taken from the system is corrected. 1.

WO002016085520A1 (3,47 MB),"Searching for content by key authors on online social networks") to illustrate its patents, as does Apple Inc., which had been in a trademark dispute with the Beatles for years ( 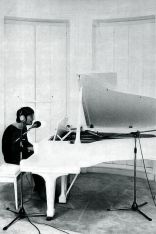 John Lennon was probably the most multi-faceted of all rock stars. After he moved to the USA in 1970, he was observed by the FBI for years. Not only his happenings for peace like the famous "Bed-In" made him suspicious. He was suspected of sympathizing with a Trotskyist small group and promoting revolutionary tendencies. However, records show that the FBI's assessment of Lennon's revolutionary threat in the early 1970s was rather low, as he was "constantly under the influence of narcotics“.

Despite this, he fought President Nixon, who wanted to expel him from the country, campaigned against the Vietnam War, posed as a "working class hero," supported striking shipyard workers and Ireland's claim to Ulster, to name but a few of his areas of activity.

A rock star on parental leave

It is also remarkable how he transformed himself from a violent and cynical macho to a champion of women's rights. In 1975, after the birth of his son Sean, he took a five-year break from show business, became a househusband and only cared for his child and the household. Then he started a comeback. Shortly after the release of his initially moderately successful record "Double Fantasy", he was murdered in New York on December 8, 1980 (which immediately propelled the LP to the top of the charts). 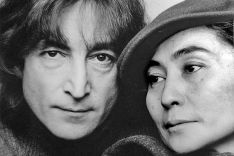 Fluxus artist Yoko Ono, who was blamed by Beatles fans for decades for the breakup of the band, is now recognized as an eminent figure of late 20th century art history. Still artistically active even in her old age, she and Sean continue to manage Lennon's lucrative legacy and keep his memory alive with internet appearances, presence in social media and new editions of his music.

„A part of me“, Lennon once said, „would like to be accepted by all facets of society and not be this loudmouthed lunatic poet/musician. But I cannot be what I am not“. And yet, he made it: Today not only the Liverpool airport is named after John Lennon (advertising slogan: "Above us only sky", from "Imagine"), but also schools, streets, awards and pubs.